GOP House members are 'griping' about Elise Stefanik jumping over them to replace Cheney: report 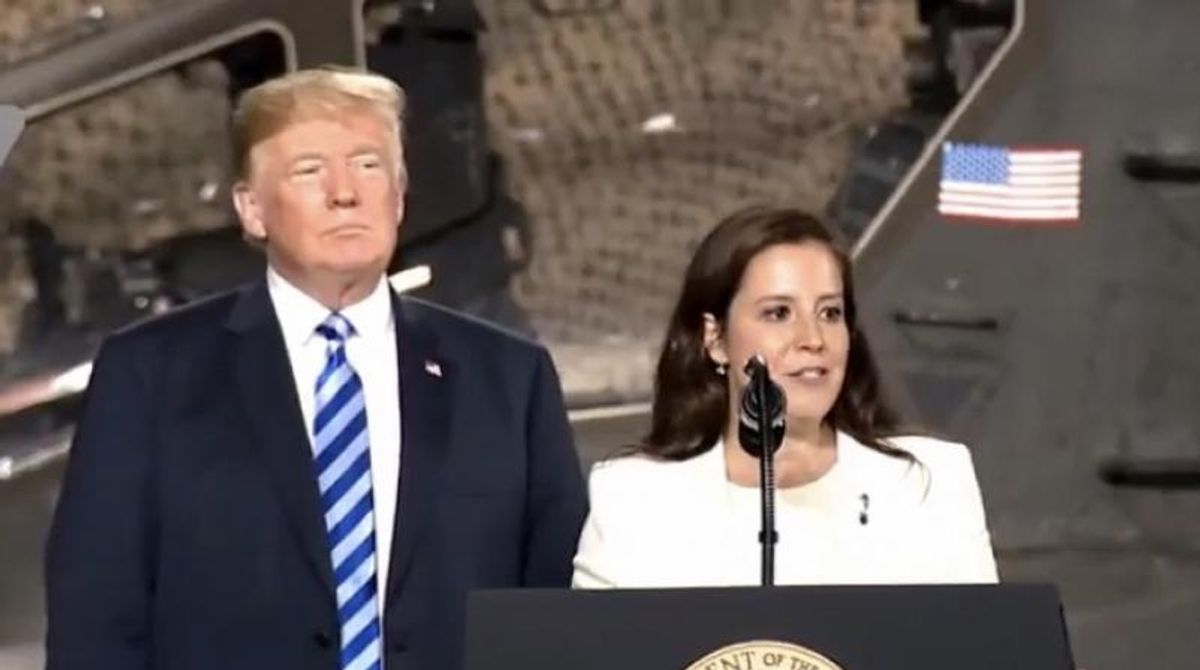 While it seems all but certain that Rep. Elise Stefanik (R-NY) will replace fellow Rep Liz Cheney (R-WY) as the Republican Conference chair, some House members are not pleased about the fact that she is leapfrogging over other members who have paid their dues far longer than she has.

Stefanik -- who has been given the endorsement by former president Donald Trump -- has also been given the nod by the House leadership -- Minority Leader Kevin McCarthy (CA) and Minority Whip Steve Scalise (LA) and that has at least one senior GOP lawmaker unhappy at what is being called her "coronation."

"Rep. Mike Johnson (La.) -- the House GOP conference vice chair -- has been privately complaining to his colleagues about what he has called the 'coronation' of Rep. Elise Stefanik (N.Y.) as House Republican Conference chair," Punchbowl is reporting. "Johnson has griped about why the field was cleared for Stefanik, and he's questioned her conservative credentials to fellow Republicans."

As the report notes, Johnson has been complaining more than lining up votes for himself, with Punchbowl reporting, "Stefanik has jumped to favorite status because she's been working the phones and winning votes. You don't win races by griping about the way things are; you win races by running and locking down votes quickly. Yes, McCarthy and Scalise are backing Stefanik, and yes that helps. But we've seen leaders back candidates who've lost. There's time for him to get in in the race if he thinks Stefanik is insufficiently conservative."

Working against Johnson is the fact that he is from Louisiana -- like Scalise -- and that the Republican leadership is well aware of how it would look if they replaced Cheney with another white male when the party is trying woo female voters lost during the Trump administration.

Punchbowl adds, "Johnson's grumbling is spreading far and wide in the House Republican Conference -- countless people we spoke to Thursday brought it up."