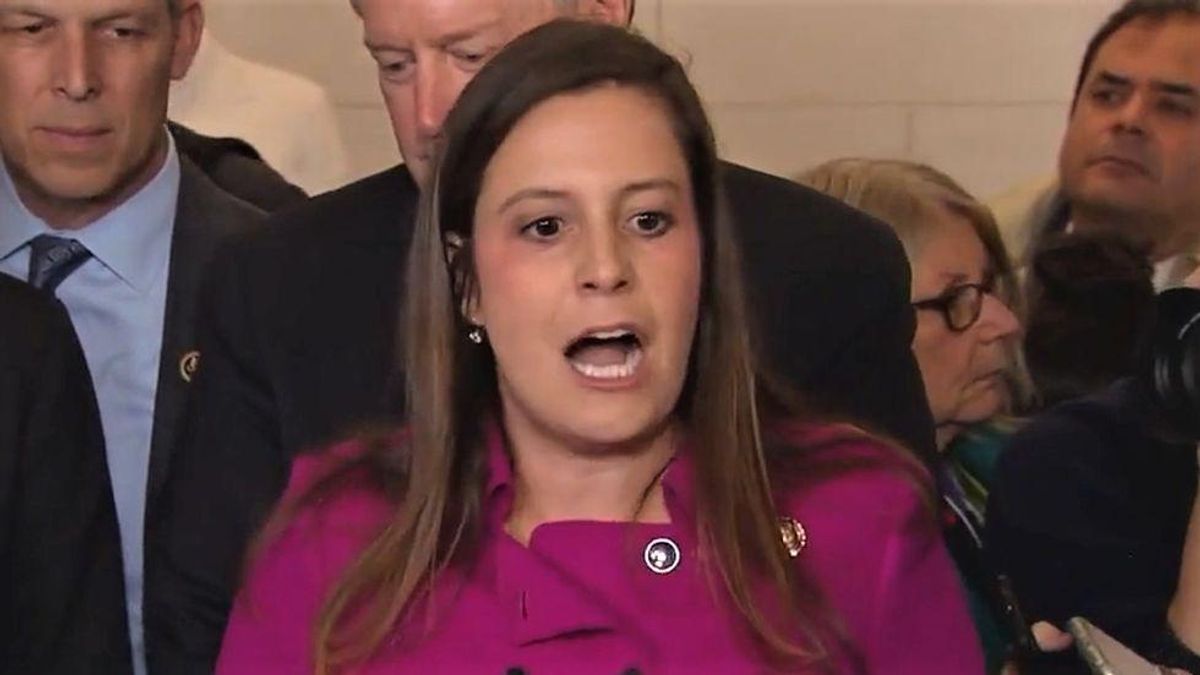 "When leading Republicans such as Minority Leader Kevin McCarthy and New York's Elise Stefanik try to blame House Speaker Nancy Pelosi for the attack, that's a perversion, not just of the party's historic support for law and order and for police, but of its commitment to the idea of America," wrote the board. "The country came under assault on Jan. 6. All Americans should want to know the facts. This matters to the country, to this state and to Western New York, home of one of the suspects charged with beating a Washington, D.C., police officer nearly to death on that day. "

The editors went on the document just how much Stefanik is distorting history by trying to shift blame for the riots onto Pelosi.

"The mob had been summoned to Washington by then-President Donald Trump with lies about a stolen election, lies that he repeated to the horde. Standing with Trump, former New York City Mayor Rudolph Giuliani – once a respected U.S. attorney – asked the crowd for 'trial by combat.' The crowd complied," wrote the board. "Yet, Stefanik, with no regard for the gravity of the House hearings or the fragility of democracy, sought on Tuesday to blame the Democrat Pelosi for an attack that the world saw her party leaders instigate. It was Trump and his co-conspirators who armed the bow, drew the string and fired it at the Capitol."

Stefanik was recently elected chair of the House Republican Conference, replacing Rep. Liz Cheney (R-WY) — who was publicly ousted as a GOP leader by the party for her repeated efforts to call out former President Donald Trump's attacks on democracy. She is now on the House committee investigating the attack — and is highly critical of fellow Republicans who have sought to undermine these efforts.

"Many subjects are appropriate for partisan debate, but the facts of insurrection are not," concluded the board. "Republicans are confused. They should not want to be identified as the party of political perversion, but it's what their leaders are inviting."