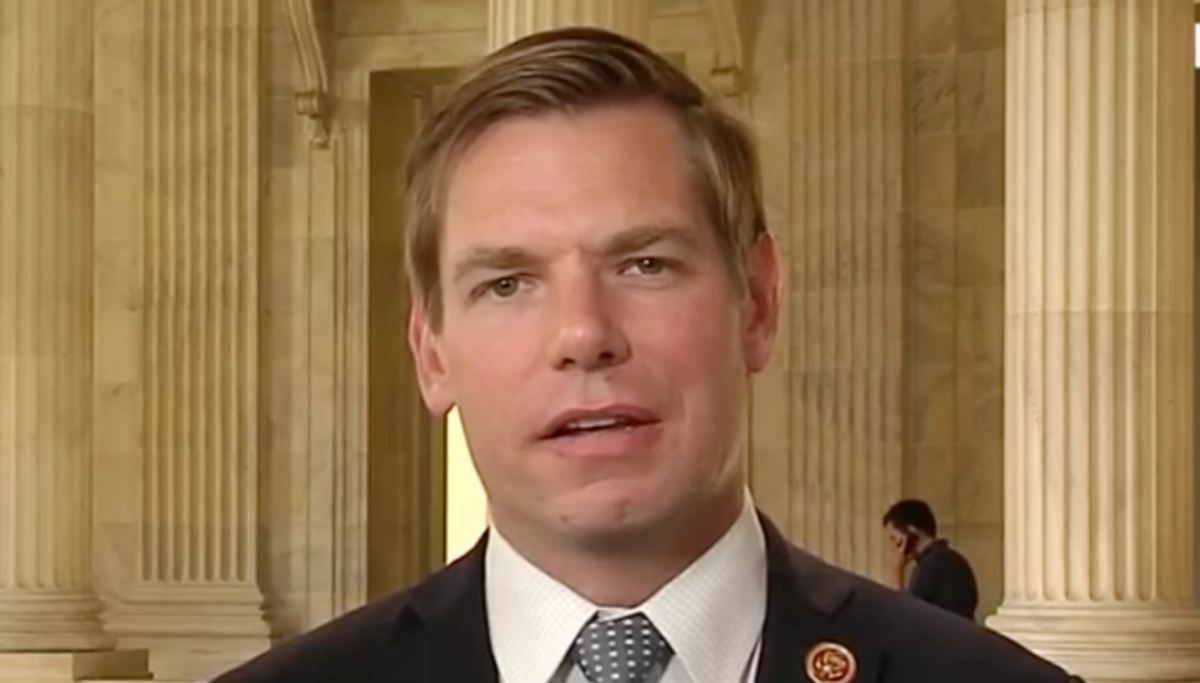 Rep. Eric Swalwell (D-CA), a member of the House Intelligence Committee, on CNN. Image via screengrab.

"So Fanone called me about 20 minutes after he left my office and he was enraged," continued Swalwell. "He said, is this really how it works around here? ... He said that Congressman Clyde, after he refused to shake his hand, pulled out his cell phone and started recording him like he was some sort of criminal, that he had to document the interaction. That's just where these guys are right now. I saw Clyde on the floor, scared for his life as all of us were, and I saw the brave officers who put their lives in front of ours and everyone else in that building. This is just no way to treat them."