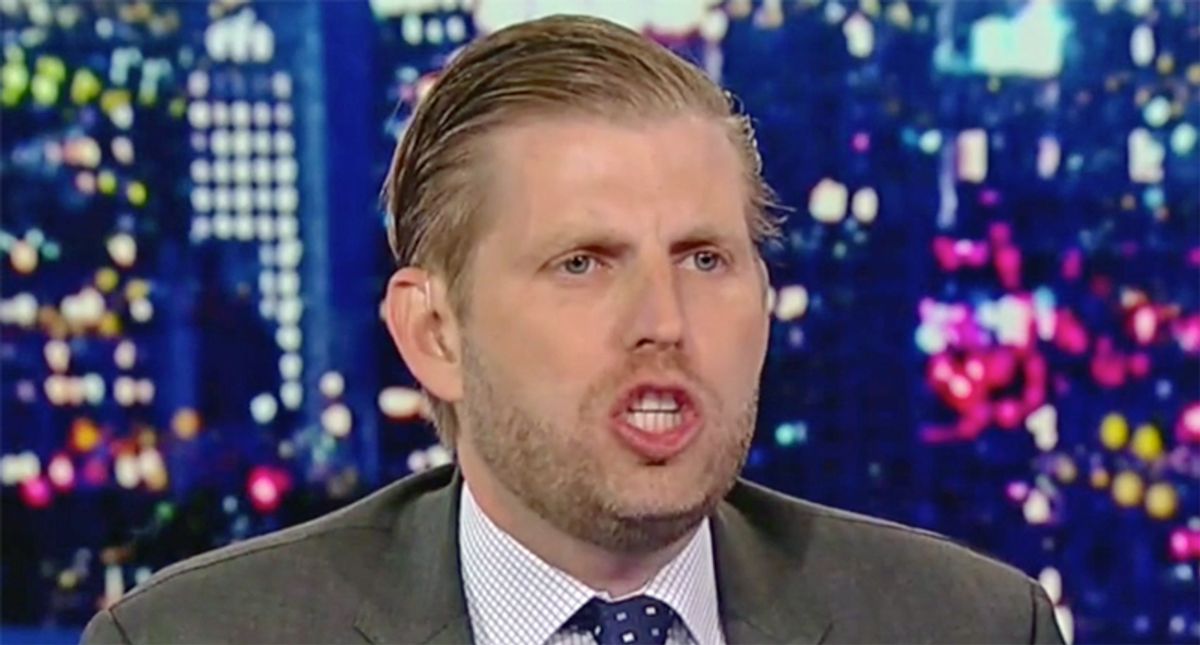 Eric Trump may not have understood what vaccines do after his father caught and recovered from the coronavirus -- but he got the vaccine through a personal connection.

"Vaccinated Eric Trump," Ahmed wrote in a text message accompanying a photo of himself and the ex-president's son, which the website obtained from a source.

Ahmed shared the photo with acquaintances on March 10, the same day Loretto Hospital held a vaccination event at Trump Tower, and metadata from the photo confirms it was taken that afternoon at or near the residential building.

The event was intended for Black and other minority workers at the city's hotels, and hospital officials later said they made a mistake to offer doses meant for West Side residents to hotel employees before they were eligible in the upcoming 1C tier.

Chicago at that point remained in the 1B tier, which expanded eligibility to residents 65 years old and older and dozens of categories of essential frontline workers.

The 37-year-old Trump is not an Illinois resident and does not fit into any of those work categories.

Loretto Hospital, a 122-bed facility that serves the West Side, has held other off-site vaccination events in its own neighborhood, but the event at the same building where Ahmed lives is the only one of its kind sponsored by the hospital.

Ahmed has told others that he's friends with Eric Trump, who posted a photo of the Chicago River dyed green for St. Patrick's Day three days after the hospital executive bragged he'd given a dose to the former president's son.

Eric Trump wrongly suggested in October that his father had recovered from the coronavirus after taking a vaccine.

No vaccines were publicly available at that point, and they're typically used for the prevention of disease rather than as a treatment, although researchers are studying whether they may have some benefit for patients suffering from so-called "long" COVID-19.