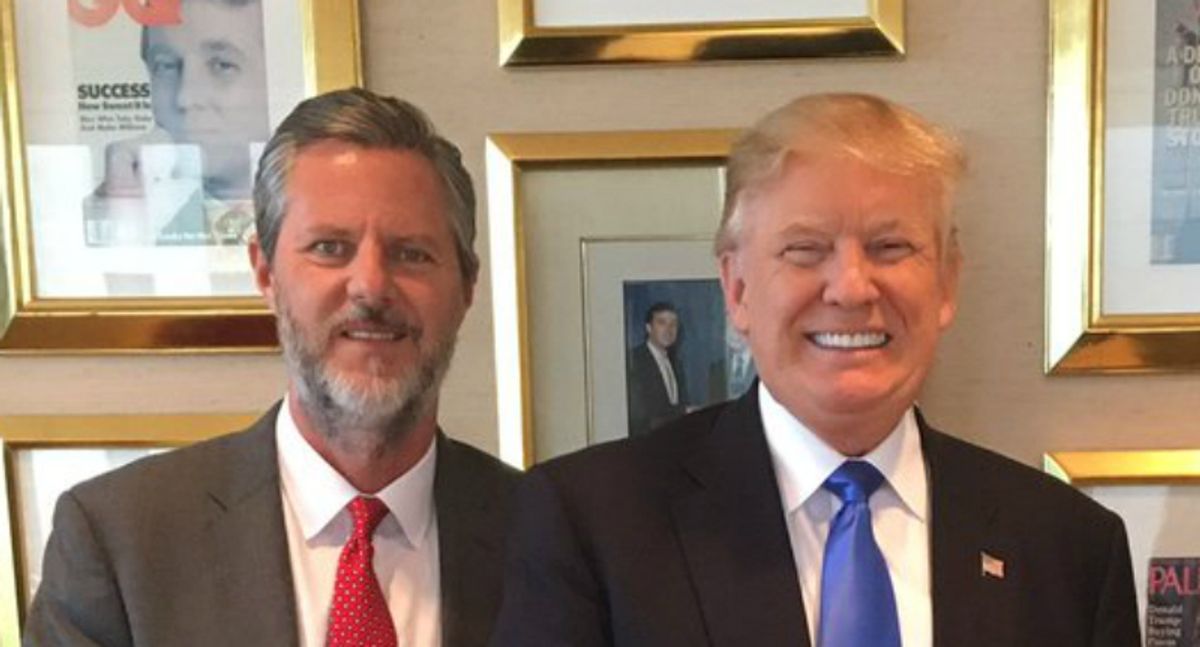 The bizarre case of Donald Trump and Liberty University is drawing renewed scrutiny as the Evangelical school refuses to revoke Trump's honorary degree following his unsuccessful insurrection at the U.S. Capitol.

"Robert Gordon rescinded the degree it awarded in 2015, after determining that Trump had "made a number of statements that are wholly incompatible with the ethos and values of the university," Forbes noted. "Yesterday, both Lehigh and Wagner followed suit, after the storming and siege at the nation's Capitol on Wednesday which followed a speech by the president that many saw as inciting the violence."

Forbes noted the remarks by then-Liberty University President Jerry Falwell, Jr. made when conferring an honorary Doctor of Laws upon Trump in 2017.

"I decided in January 2016 that a man with these qualities who was willing to risk his business empire, his comfortable lifestyle, his reputation, and whose family was willing to sacrifice their privacy, all for the country they loved and for the benefit of the American people, was a man who should lead the United States of America out of its state of decline," Falwell argued.