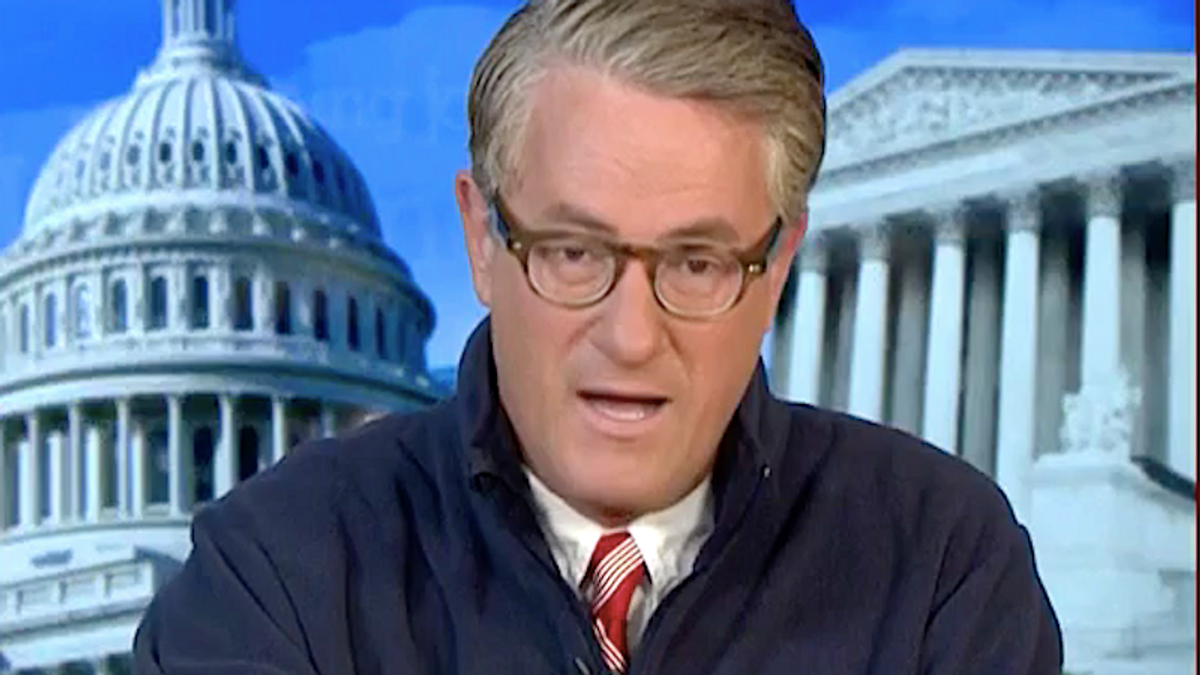 "Any good American, let me say that, I don't say this usually," he added. "I'm going to say, any good American that respects law enforcement, that respects men and women in blue, any good American would have been moved by what they saw yesterday, and if they instead went on and mocked the service of those men who were nearly beaten to death for simply trying to protect their country because so much was on the line on that day, then accountability, I guess, at the end of the day goes to those people and those corporate boards that allow people like that on television. It's a disgrace to America. It's a disgrace to the networks that they're members of. It's a disgrace to all of us that people like that mock the service of the men in blue who protected us in the middle of a constitutional crisis."

The attack on the Capitol by enraged Donald Trump supporters posed a grave threat to democracy, and Scarborough blasted anyone who says otherwise.