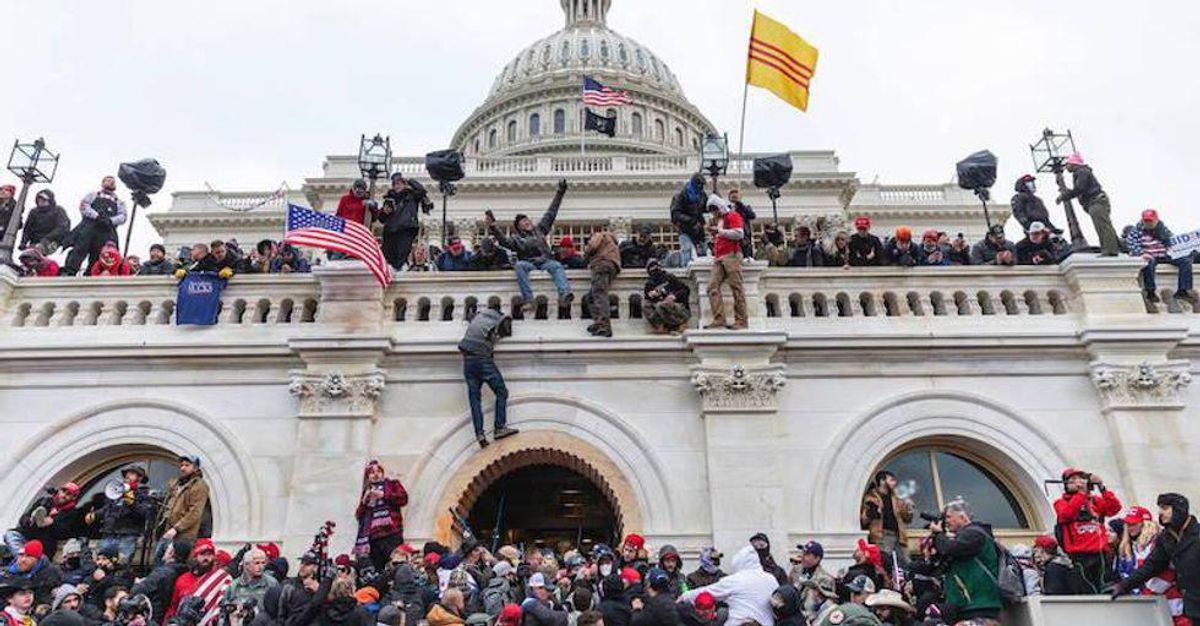 In a brief responding to Miller's argument, federal prosecutors noted that while some racial-justice protesters outside Portland's federal courthouse last year committed "serious offenses," Miller was involved in "a singular and chilling event in U.S. history" that threatened both the safety of the Capitol and "democracy itself."

"Mr. Miller, prosecutors noted, was 'part of a mob' that 'breached the Capitol building, and assaulted law enforcement with the goal of impeding congressional certification of the 2020 presidential election,'" the Times reported. "The defendants in Portland, they pointed out, never actually broke into the courthouse and never disrupted a proceeding before Congress."

In addition, prosecutors say they have stronger, more damning evidence against Miller, including his social media posts from before the insurrection about "civil war" and taking firearms to Washington, as well as surveillance video that shows him in "a fighting stance" confronting Capitol police officers. In addition to Ocasio-Cortez, Miller later took to Twitter to threaten the police officer who killed insurrectionist Ashli Babbitt, writing, "He will swing."

"Stripped to its core, Miller relies on rank conjecture in suggesting that political favoritism has guided the government's charging and plea decisions," prosecutors wrote.

A federal judge will ultimately decide the merits of Miller's argument, but the Times notes that selective prosecution defenses are rarely successful.