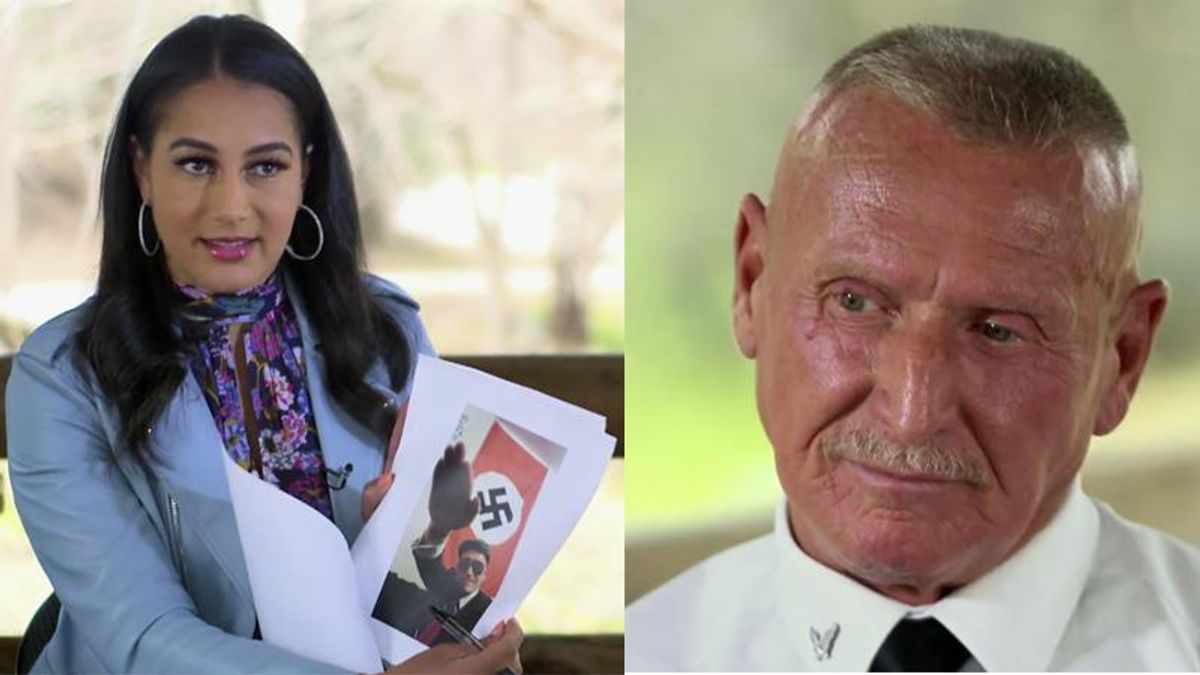 In a video clip to be shown on NBC's Peacock Network, a former Ku Klux Klan member who said he has put his racism in the past as he runs for office is confronted by NBC's Morgan Radford who points out he is still promoting white supremacists on his social media accounts.

Chester Doles, who is running for a spot on the Lumpkin County Board of Commissioners in Georgia, and heads a far-right group called American Patriots USA, has previously been photographed with former Republican Senator Kelly Loeffler during her losing campaign.

Sitting down for an interview with Radford, Doles scrambled to defend social media posts promoting a neo-Nazi and the fact that so many of his followers still seem to be virulent racists.

During one exchange, when confronted about neo-Nazis who support him, Doles offered that he couldn't explain why they are "attracted to him."

"I don't know. Maybe they are good people as far as being good American citizens," he offered.

"Can you be a good person with a swastika and white power?" he was asked.

"I don't look into people's personal -- what they are all about," he attempted.