Rudy Giuliani's 'hallucinatory' Ukraine dossier may come back to haunt him: report 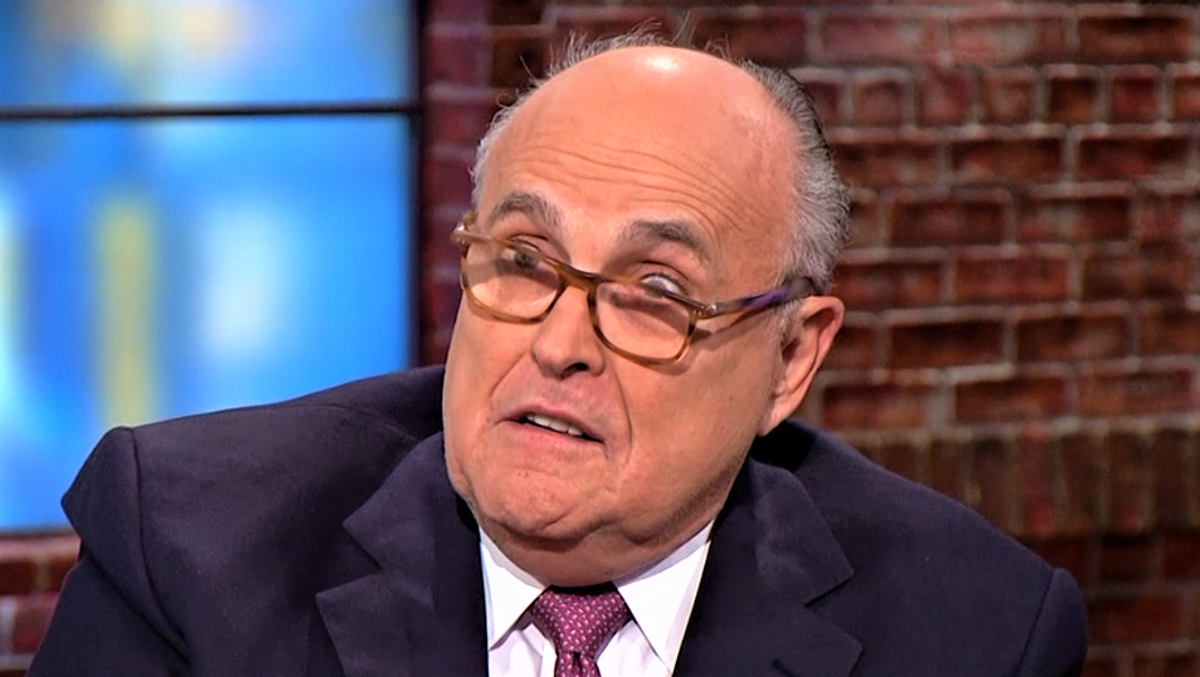 Former Trump attorney Rudy Giuliani two years ago began pushing an anti-Biden dossier based on purported information he'd gathered from Ukrainian officials -- and now it may come back to haunt him legally.

The Daily Beast reports that prosecutors are looking into whether Giuliani's dossier was part of a paid lobbying campaign by the former New York City mayor done on behalf of former Ukrainian officials.

Giuliani initially pushed the dossier to Trump administration officials during his campaign to oust former ambassador Marie Yovanovitch, but officials who spoke with the Daily Beast say that they were deeply unimpressed by its contents.

Rep. Jamie Raskin (D-MD) has described the Giuliani dossier as "a series of hallucinatory propagandist suggestions" that bizarrely allege that Yovanovitch's anti-corruption efforts in Ukraine were part of a scheme to block the country from investigating the Bidens.

"Rather than a single, coherent narrative, the dossier is reportedly a collection of various memos, public information and articles, and notes from Giuliani's interviews with Ukrainian prosecutors like Viktor Shokin and Yuriy Lutsenko and filled with wild and unsubstantiated allegations against Yovanovitch, Joe Biden, and his son Hunter," reports the Daily Beast.

Investigators are currently probing whether Giuliani lobbied the Trump administration on behalf of foreign interests without registering as a lobbyist and the bizarre anti-Biden dossier may now be part of that case.

However, one Trump official tells the Daily Beast they're skeptical that the dossier will make compelling evidence because it is so "shoddy" that it will be hard to convince a jury that anyone actually paid for it.