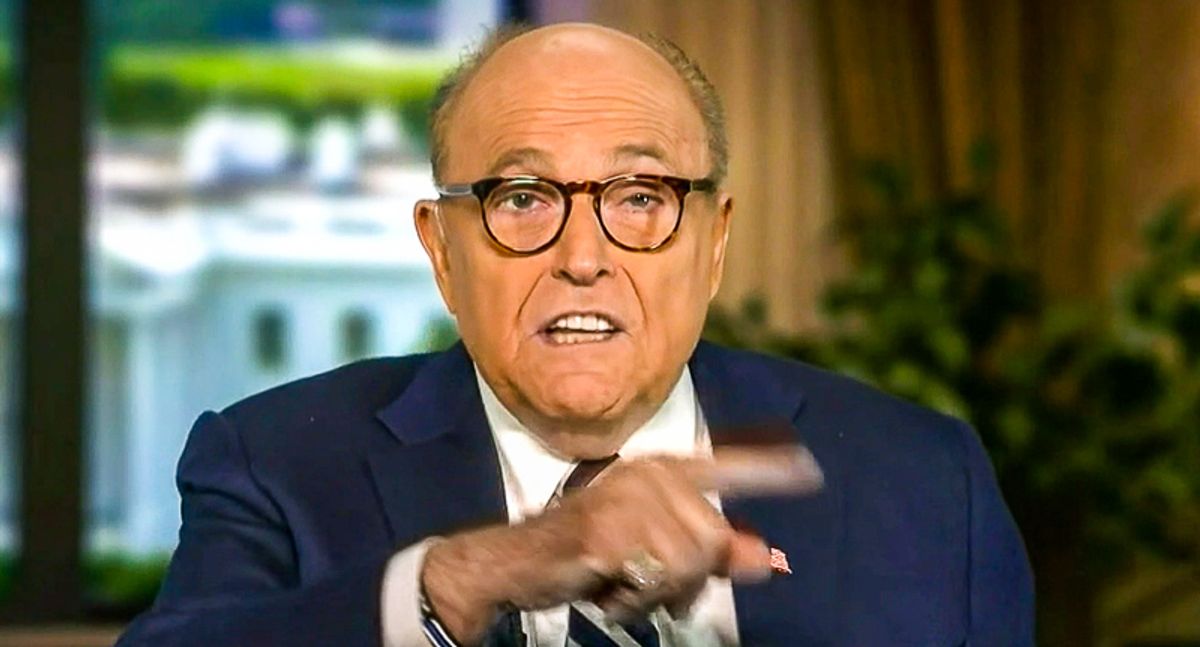 Appearing on MSNBC on Mother's Day afternoon, one of Donald Trump's former communication directors claimed he has no doubts that former New York City Mayor Rudy Giuliani will offer up everything he has on Donald Trump to stay out of jail.

Speaking with host Alex Witt, Anthony Scaramucci stated that he has a longtime relationship with Giuliani and that the man who was formerly known as "America's mayor" has indicated in the past that he has "insurance" in case he is somehow facing legal problems related to Trump.

"How much do you think Trump has to fear from Rudy Giuliani?" the MSNBC host asked in reference to Giuliani having his phones and computers confiscated by federal authorities.

"Well, I have to see how this thing unfolds," Scaramucci began. "I think the mayor gave a tell several months back where he said he had insurance -- I'm sure he does have insurance. So, if they're bringing down Mr.Giuliani and, you know, if [ex-Trump attorney] Michael Cohen is correct, if you're raiding somebody's apartment, you know, you're getting close to potentially pressing charges."

"If they're bringing him down, he's going to implicate President Trump," he continued. "I think there are no ifs, and or buts about that. How big of an implication, I don't know but it seems like all of this is tied back to Ukraine."

"Give me an example of why you say there's no ifs, ands or buts about that. Do you think Rudy Giuliani will turn on Donald Trump?" host Witt asked.

"One hundred percent," the former White House officials quickly replied. "It's not because he's a bad guy, but it's just not the way things work. My friend Michael Cohen said he would take a bullet for the president, but, you know, when push came to shove and it was about his family and protecting his wife and children, he's got a priority to that. And I think the mayor has said 'look, I've got insurance. if you guys are coming after me and only me.' I think he's prepared to use that insurance. And I think when you're in a situation like that, it's a very rare instance where you don't start implicating the other people around you that are part of that plot."