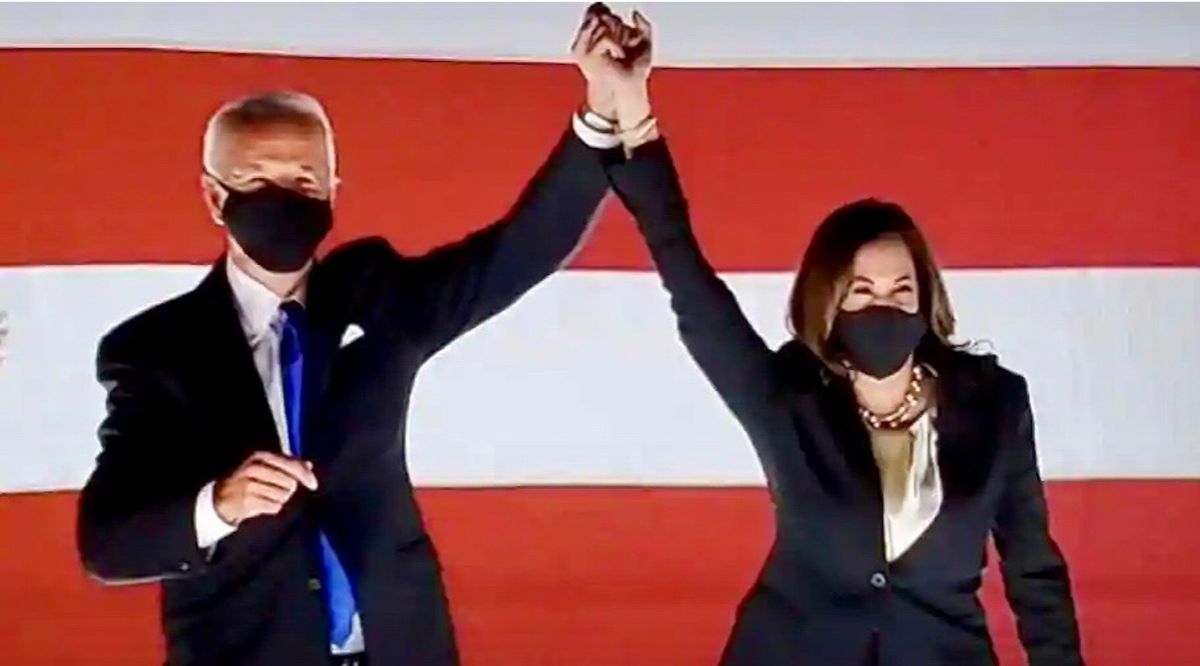 While many of us agree that 2020 can take a long walk off a short pier, some of the worst things that happened brought out the best of us. Amid the hopelessness, isolation, fear and loss there were moments of laughter, gratitude, and above all, compassion.

Here is a list of the X good things that happened in 2020:

While the U.S. experienced horrific acts of violence by police against people of color, the country came together to declare it was unacceptable and that long-term changes should be made to navigate policing. It was what the late Rep. John Lewis (D-GA) called getting into "good trouble." The kind of trouble that makes a difference and can help change the world.

In Minneapolis, after the death of George Floyd was broadcast to the world, investigations revealed systematic problems within the department. That led to the city council stepping in to discuss redeveloping the entire department and the way policing is done in the city. Floyd's six-year-old daughter said that "Daddy changed the world." Indeed he did.

Broad conversations also began after an unarmed, naked man in Rochester, New York, suffocated while having a clear mental health emergency. Police departments confessed that they are frequently called in to handle such situations, which they are clearly not trained for.

While tensions increased between racist groups and Black Lives Matter, it became clear that the overwhelming number of Americans believe that there is a problem that must be addressed in policing communities of color.

In the early days of the pandemic, President Donald Trump refused to implement the Defense Production Act to create more personal protective equipment for frontline healthcare workers and first responders dealing with the COVID-19 crisis. Masks became scarce and doctors and nurses started getting sick.

Thousands of Americans stepped up to help. Stories flooded the news about families using their quarantine time to sew masks with extra barriers to keep workers safe. It also helped those unemployed who could sell masks on sites like Etsy so that Americans could buy homemade masks instead of buying up N95 masks desperately needed at hospitals. Americans flocked to GoFundMe pages to donate whatever money they could to help with buying the equipment that needed until the government was willing to acknowledge it was a problem.

Face shields became scarce as well, but with 3D printers and enthusiastic students at Penn, a robotics team in New Mexico, faculty at five universities, D.C. artists and engineers, D.C. students, a Missouri student and teacher, isolated Chicagoans, and dozens of companies stepped up to help.

Once it became clear that washing your hands and keeping things sanitized was an important step in stopping the spread, distilleries all over the country switched from making vodka, tequila, and whisky to make hand sanitizer.

Amid the failures of Trump and his government's response, it was Americans who banded together in a time of crisis to help each other out. For every entitled person freaking out about a mask mandate in a grocery store, there were hundreds at home sewing masks to help.

While President Donald Trump wouldn't say he was happy about it, the 2020 election got rid of the "Twitter president." The best thing about the election other than the outcome, however, was that it set records. For generations, the election turnout has been anemic, with only occasional bursts of energy. This year wasn't a mere burst, it was a tidal wave of participation, whether some want to believe it or not.

While the Georgia Senate runoff won't be held until after the new year, it has already proved to draw even more voters than the November election. Analysts believe it is attributed to young people who weren't of age to vote in November but who are now and want to make their voice heard.

At the local level, a historic number of LGBTQ officials and women of color were also elected making the leaders of the U.S. look just a little bit more like the population.

Perhaps, most memorable, however, K-Pop fans made Donald Trump look like a fool.

Trump Does An Epic Walk Of Shame After TikTok Users And K-Pop Fans Troll His Tulsa Rally www.youtube.com

It has been a tumultuous four years under the presidency of Donald Trump, but in his last assault on the American institutions, they all seem to be holding.

Despite appointing a slew of judges across the country and to the U.S. Supreme Court, those appointees refused to side-step the law to hand the election to the president without proof. When Trump's lawyers couldn't provide any, the cases were dismissed. The judiciary proved that when the executive branch falls to tyranny and the legislative to cowardice, it will defend American laws.

The California Senator is weeks away from being sworn in as the first female, first Black, first Asian-American vice president ever. Amid the fits of Trump rage and threats to overthrow the election, remembering Kamala can certainly bring a smile to the face of American history.

6. You can't be fired for being transgender

While the face of the Supreme Court has now been changed forever, while the great Justice Ruth Bader Ginsberg was still alive, the High Court ruled in a historic 6-3 decision that Americans can't be fired for their gender identity.

Another major Supreme Court decision was President Donald Trump's attempt to destroy the Deferred Action for Childhood Arrivals. The program made it safe for young people who were brought to the United States as children to come out of the shadows and work or go to school without fear of deportation.

More and more states are legalizing marijuana. While that may lead to more folks embracing the high life, more it has begun a larger conversation about non-violent drug offenders, particularly people of color, imprisoned with ridiculous sentences. There is still a lot of work left to do, but prisoners enjoy the support of Americans behind them. Most now realize that it's foolish to arrest for having a bag of pot in a state that now sells it legally, much less send them to prison for ten years or more.

9. The Earth had a good year

The positive thing about a work-from-home revolution and massive unemployment crisis was a drop in carbon emissions. While this year they fell by a record seven percent, in 2021, they're probably going to go back up in the United States. However, other countries have taken significant steps as part of the Paris Agreement to reach zero emissions by mid-century. President-elect Joe Biden will likely rejoin the agreement and if Democrats win in Georgia, there's a chance a new era of clean energy could be on the horizon, with jobs to go with it.

Due to the pandemic, more Americans have adopted pets over the last year than at any time in history. There's actually a historic reduction in furry friends in animal shelters. Twenty percent of those responding to a Nielsen survey in July said they adopted one or more dog or cat earlier this year, which is up from five percent last year.

Priceless Moments When Animals Realize They're Being Adopted www.youtube.com

The Republican Party is finding itself increasingly fractured as more members of the GOP disavow Donald Trump despite concerns within the party that it cannot survive without him.

On Sunday, Rep. Adam Kinzinger, R-Ill., a fierce critic of the former President and one of ten House Republicans who voted to impeach him, declared in an NBC interview that policy takes less of a priority in the GOP than one's fealty to Trump. "I think what I'm used to saying to any Republican that's maybe kind of confused by the moment we're in is policy doesn't matter anymore," he argued. "It literally is all your loyalty to Donald Trump. As I've said before, this is something that, like, echoes a little bit out of North Korea, where no matter what policy comes out, you're loyal to the guy."