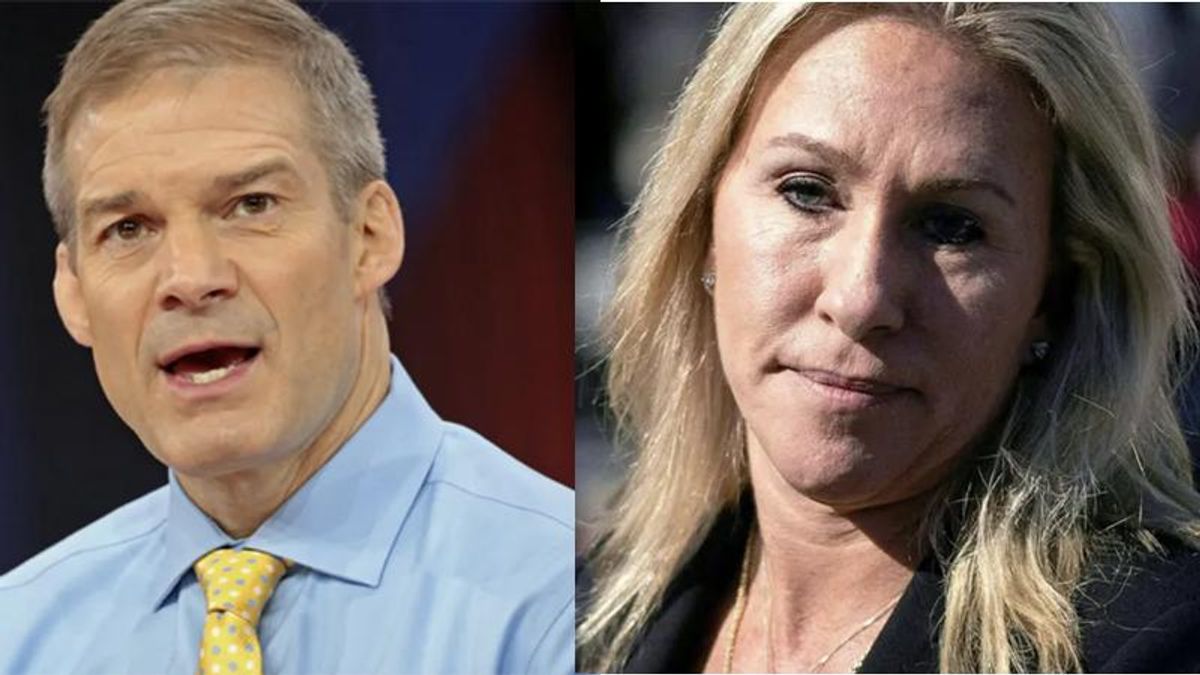 According to a report from the Daily Beast, House Democrats who plan to forge ahead with a commission to investigate the January Capitol riot that sent lawmakers fleeing for their lives, are preparing for their Republican counterparts to do all they can to disrupt the proceedings including sending attention-grabbing Reps. Jim Jordan (R-OH) and Marjorie Taylor Greene (R-GA) to be the ringleaders.

With the Senate failing to go along with the House on creating the commission, House Speaker Nancy Pelosi (D-CA) may choose to set up a select committee.

As the Beast's Sam Brodey writes, that will create problems for the Democrats who don't want their findings to be dismissed as a partisan attack.

"Without 10 Republican votes in the Senate, the idea for a bipartisan, independent commission is now dead, and that's left Democrats and the handful of Republicans who want an investigation with a clear alternative: a new special committee to look into the attack," Brodey wrote."Democrats wanted to avoid an overtly political investigation—a special select committee is, after all, the very vehicle Republicans chose for their lengthy probe into the terrorist attacks on a U.S. diplomatic compound in Libya in 2012—but for those who want a deep dive on Jan. 6, this is their next-best option."

That has led to concerns that Republicans will try and sabotage the proceedings in order to protect former President Donald Trump.

According to one longtime Democratic lawmaker, the GOP will likely hijack the proceedings and turn them into a "circus."

"If Republicans try to make a circus of it—so they appoint Jim Jordan and Marjorie Taylor Greene and people like that—it becomes a farce," warned Rep. John Yarmuth (D-KY). "The Republican strategy was to defeat anything that had credibility, so that any investigation that had actually happened could be dismissed as partisan."

"Tim Roemer, a former Democratic congressman who served on the 9/11 commission, said even a Jan. 6 commission modeled after that gold standard—equal members and staff between the parties, members from outside Congress, space and time to do its work—would have had a hard enough road," Brodey reported, with Roemer stating, "A select committee, in an election cycle, going into the midterms, with the kind of division we see in Congress... that makes this even more difficult to do."

"We can of course assume that people from Kevin McCarthy on down are going to do everything they can to accuse us of all sorts of malfeasance," Rep. Sean Casten (D-IL). "If I woke up in the morning wondering what I could do to make Kevin McCarthy happy, I'd have a pretty sad life."