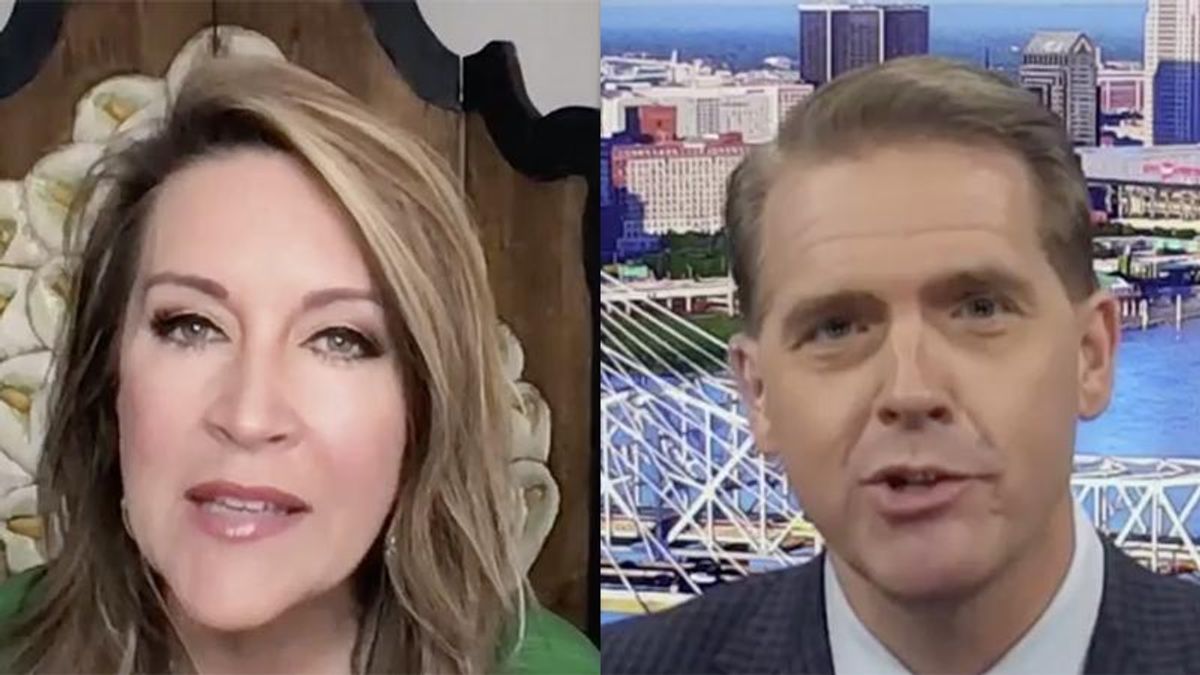 A former adviser to Senate Minority Leader Mitch McConnell (R-KY) saw his defense of Senate Republicans voting against a bi-partisan commission on the Jan 6th Capitol riot torn apart by a Democratic strategist on CNN on Saturday morning.

Appearing with co-hosts Christi Paul and Boris Sanchez, GOP strategist Scott Jennings said he personally would like to see a commission investigate the violent insurrection that saw lawmakers from both parties flee supporters of former president Donald Trump, but that it also made sense for the GOP to attempt to quash the proposed commission.

According to Jennings, "Well, the Republicans do feel they have a defensible reason here. There are already investigations going on, the Department of Justice has arrested several hundred people who stormed the Capitol, we have congressional committees already operating."

"From the Republican or conservative point of view, they tend not to vote for more government when they think the government they have are already working," he added. "They think it's working more swiftly than people might have thought and working quite well and that this might be overkill. That's one reason I think it's a defensible political argument."

"Look, this was an attack on our democracy," Cardona began. "This was an attempt on the lives of our members of Congress, Republicans and Democrats. Scott talks about the talking points of a, quote, 'defensible positions,' but I'm sorry, they are lame. The investigations going on in the Capitol are not going to delve deeply into the reasons why this happened and into who knew what and when into what kind of organization was going on for these protests and what happened to make them riot and to make them turn into an insurrection."

"The issue is that Republicans do not want to know the truth," she continued. "They want to sweep it under the rug. We saw Donald Trump was the one who inspired and called people to go to the Capitol to keep the electors from -- to keep the members of Congress from certifying the election. They do not want this to be front and center for them as we go into the mid-terms, but guess what: the fact that they knocked this down to me is not a smart political strategy because it's going to be a huge reason why this is going to be front and center."