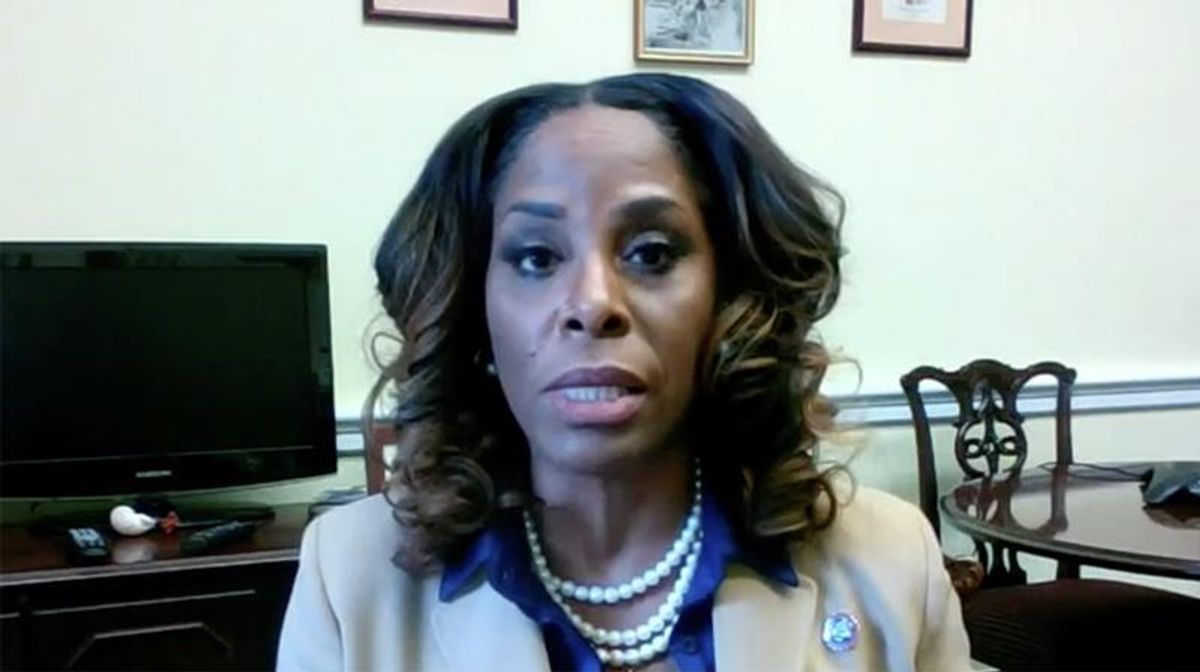 Appearing on MSNBC's "The Sunday Show" with host Jonathan Capehart, Delegate Stacey Plaskett (D- Virgin Islands) stopped the host in his tracks when she questioned the "manhood" of Republican senators who couldn't bring themselves to convict Donald Trump of sedition despite overwhelming evidence.

Plaskett, who earlier on Sunday accused Republicans of lacking "spines" while on CNN's "State of the Union," went further on MSNBC.

After admitting, "Lord, would I have loved to have had [Rep.] Kevin McCarthy come on," and testify, Plaskett made her case against the cowardly Republicans.

"These are not honest people," she told the MSNBC host. "Kevin McCarthy has changed his story numerous times. Vice President Pence, his own president came after him and tried to assassinate him and we still haven't heard from him. What does that tell you about their fortitude, their loyalty, not only to the Constitution and the American public but to their own sense of honor and manhood, if I will even put that out there."

"Okay then," Capehart replied while laughing.