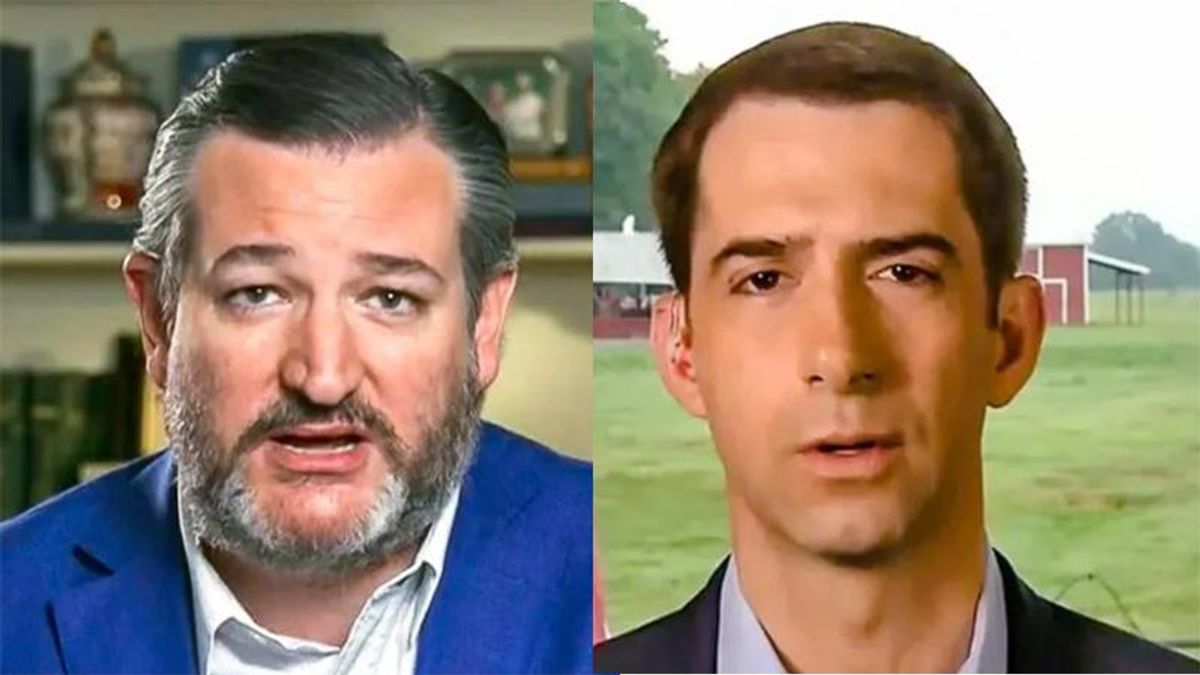 With Donald Trump on his way out the door after failing to win re-election, top contenders for the 2024 Republican presidential nomination are in "open warfare" with each other as they maneuver to fill the void left by the man who has been the face of the GOP for four years.

Although Trump keeps suggesting that he will make another run, 2024 GOP hopefuls aren't so sure and are already ramping up attacks on each other in an effort to diminish their rivals long before the primaries begin.

According to a report from Politico, more than a few of the 2024 contenders are putting distance between themselves and the president who has seen his popularity flounder after he encouraged right-wing extremists to storm the Capitol that had lawmakers from both parties fleeing for their lives.

Those same lawmakers are also trying to rise above rivals in their own party to get a leg up on 2024, with Politico reporting they are, "...sparring with other potential 2024 rivals in plain sight, marking a strikingly early start to public presidential maneuvering."

"In the last week, Nebraska Sen. Ben Sasse said that Missouri Sen. Josh Hawley's objection to certifying the Electoral College was 'dumbass.' Arkansas Sen. Tom Cotton went after Hawley and Texas Sen. Ted Cruz for fundraising at the same moment the insurrection was happening. And Secretary of State Mike Pompeo upbraided former United Nations ambassador Nikki Haley for criticizing the president," the report states, before adding, "After operating in a Trump-owned-and-operated GOP for the past four years, Republicans are calculating that the outgoing president is leaving a vacuum — and that there's room to fill it without waiting to see if Trump mounts a 2024 comeback."

According to former Tennessee Republican Sen. Bob Corker, Trump's attacks on GOP lawmakers who refused to back his election fraud claims -- along with his being banned on social media -- has freed them from having to worry about the president's opinions.

"There are a few people who are pretty prominent that he's significantly criticized. And I think from their perspective, they've got nothing to lose, by getting out there and going. I mean, nothing to lose whatsoever," Corker said in an interview.

"Now, with no clear line of succession in the party, open warfare has broken out. During an speech to conservative lawmakers last week, Pompeo implicitly pushed back on Haley's criticism of the president, saying that 'I think history will remember us very well,"" Politico reports before adding "Cotton took to Fox News to flay 'senators who for political advantage were giving false hope to their supporters and misleading them into thinking' the election could be overturned. Cotton also said that 'these senators, as insurrectionists literally stormed the Capitol, were sending out fundraising emails. That shouldn't have happened and it's got to stop now.'"