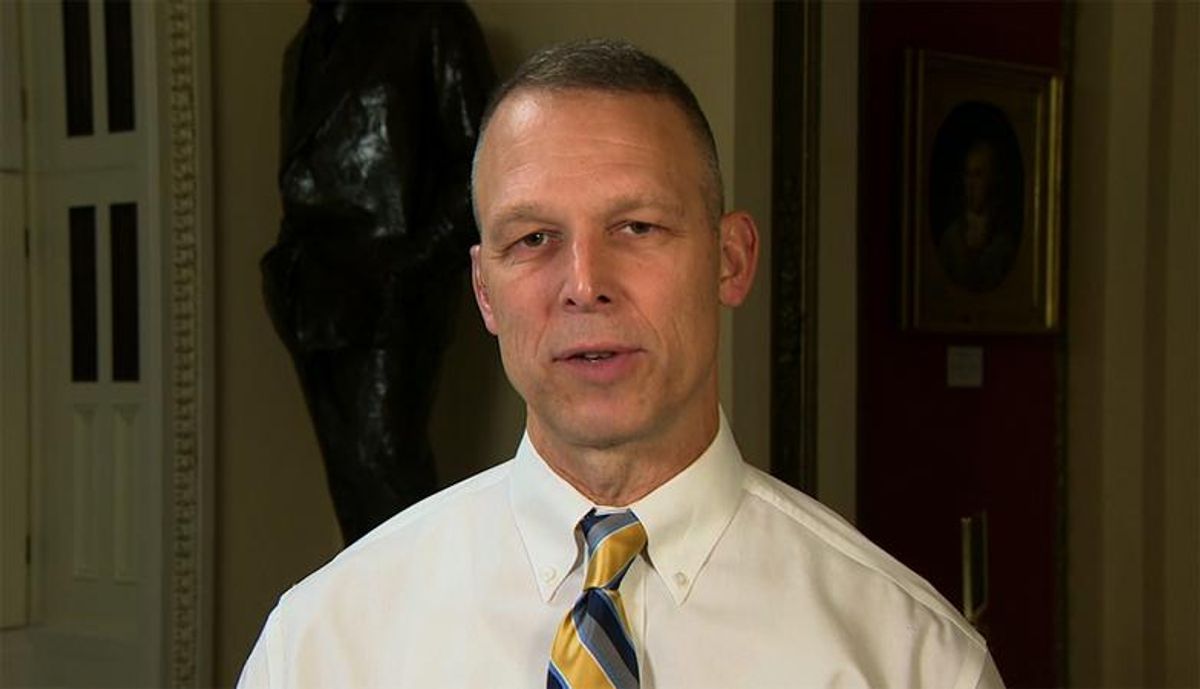 "A subcommittee of the House Foreign Affairs Committee was meeting to examine the root causes of migration from Central American countries that make up a disproportionate portion of migrants seeking to cross the U.S.-Mexico border. The State Department's envoy to the region, Ricardo Zúniga, was offering testimony on the subject when Rep. Scott Perry (R-Pa.) was given the floor," wrote Bump. "'For many Americans,' Perry began, 'what seems to be happening or what they believe right now is happening is, what appears to them is we're replacing national-born American — native-born Americans to permanently transform the landscape of this very nation.'"

The idea that immigration policies are "replacing" white people is an explicitly white supremacist idea, and Carlson's promotion of it has emboldened explicit white nationalist organizations.

"It's important to note how and where Perry picked up the Carlson line of attack. He simply throws it out with a 'people are saying' indifference, as though it is not the subject of intense national controversy after being articulated by one of the most-watched cable-news shows in the country," wrote Bump. "But the effect was to inject into a discussion of the causes undergirding the migration increase a claim that 'we' are replacing 'native-born Americans' to 'transform' the country. Perry argued that Biden policies were spurring the aforementioned migration — implying that Biden was part of the 'we' seeking to do that replacement. To which, of course, Carlson would offer vigorous nodding."

"To casually reinforce Carlson's rhetoric, for whatever reason, in a hearing focused on actually elucidating the causes of migration from the region is jarring. It replaces the sort of considered study of a complex subject that is ostensibly the point of such gatherings with false, toxic rhetoric. It's part of the now-common prioritization of talking points over policy that is a feature of the House," wrote Bump. "But it is also a reminder that the effort to cast immigrants as dangerous invaders aided by cynical leftist politicians may have started with self-identified white nationalists but it isn't stopping at Carlson. It's progressing to others in the conservative media and, now, to the House of Representatives."