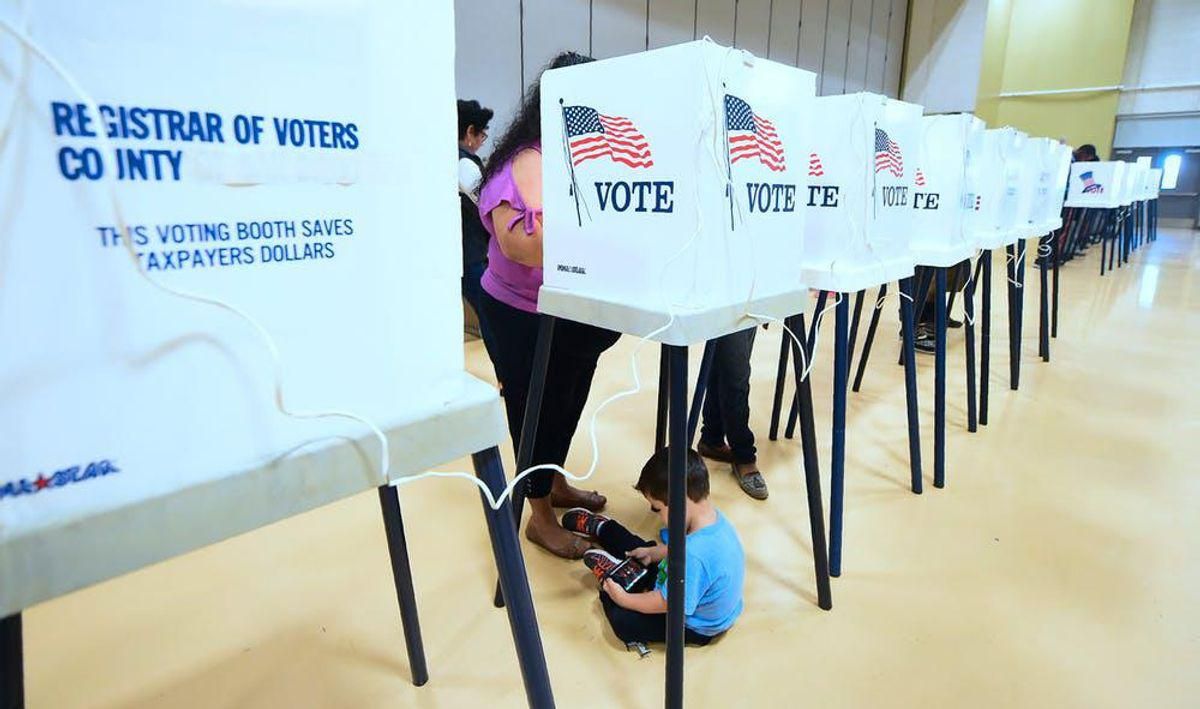 Another problem with the GOP strategy, noted Frum, is that their panic about racial minorities, like Tucker Carlson's embrace of the "Great Replacement" conspiracy theory, is at odds with the fact that the GOP actually made gains with Latino voters in 2020 — and their redoubled attacks could undo all that progress for them.

"Donald Trump lost in 2020 in great part because his support collapsed among white voters, especially among white men," wrote Frum. "Meanwhile, Trump's share of the vote among Latino Americans actually improved from 2016 to 2020. The clear pattern, instead, is that conservatives are being outvoted by a coalition built around Black voters and white, college-educated voters. For a right-wing newscaster to look at recent elections and conclude 'We multi-generation Americans are being outvoted by newcomers' is a triumph of ideology over reality."

Ultimately, Frum wrote, the GOP's voter suppression tactics may adversely impact their own base, while enraging Democrats to greater turnout, and pressuring Congress and the courts to police voting laws more aggressively.

"Would a wiser use of political resources not be to compete to keep their votes in 2022 rather than engineer the voting system to thwart their votes?" concluded Frum. "Republicans would be smarter to switch off the race-baiters on cable news, read the precinct reports, and do the solid work necessary to earn and secure votes from voters who are ready to vote Republican if only the party will allow them to vote at all."