'He's got zero interest in having any heir': Republicans fear Trump will sabotage 2024 GOP primary 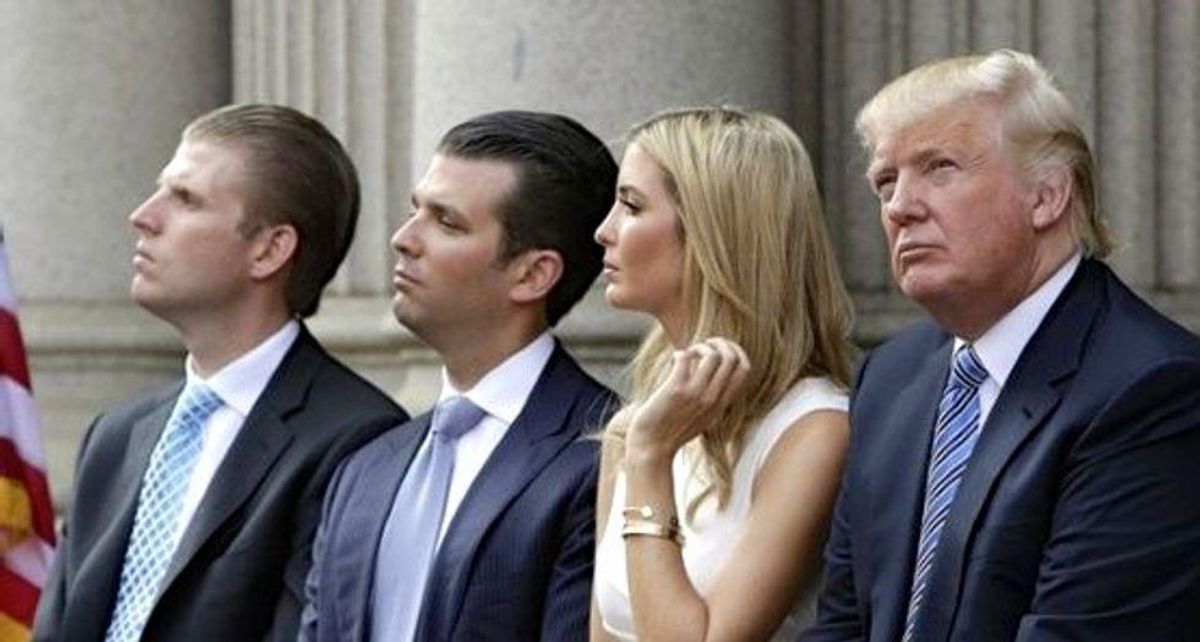 Potential 2024 GOP presidential candidates are "racing to the bottom" as they look to win over the MAGA base in the event that former president Donald Trump opts not to run, according to a new report from Vanity Fair.

However, some Republicans fear that if Trump doesn't run, he may try to sabotage the race, because he "looks at every decision through the prism of self-interest."

"What benefits him—financially, emotionally, politically—may actually damage Republican electoral chances," Vanity Fair reported, adding that the former president is fueled as much by a desire for revenge as a desire to win.

"The nightmare scenario for Republicans is that Trump doesn't run and sabotages the Republican nominee to punish Mitch McConnell and other party leaders for not endorsing his big lie," according to the report. "It's happened before. Trump told people he wanted Republicans Kelly Loeffler and David Perdue to lose the 2021 Georgia special election so that Democrats would control the Senate."

"Trump thought he'd be much more influential if McConnell was in the minority," a Trump confidant told the magazine.

Trump denied the report and blamed McConnell for the GOP's Senate defeats in Georiga, but longtime confidants reportedly said he wouldn't be able to tolerate a Republican president other than himself.

"He's got zero interest in having any heir. It's always been about him," one of them said.

If Trump decides to run, it's a "metaphysical impossibility that anybody, even a senator named Jesus H. Christ, could beat" him, according to Michael Caputo, a veteran of Trump's 2016 campaign.

If Trump doesn't run, Florida Republican Gov. Ron DeSantis is widely viewed as the current frontrunner. But DeSantis faces some challenges, including his "abrasive personality" and his "fraught relationship with Trump," the magazine reported.

The situation is unprecedented because the would-be potential candidates have to pretend they aren't running. At the same time, the "knives are out" between them, and if Trump doesn't run, the 2024 primary could be "2016 on steroids," featuring as many as 25-30 candidates — possibly including the likes of Fox News hosts Sean Hannity and Tucker Carlson, and Georgia Republican Congresswoman Marjorie Taylor Greene.

But Caputo said he believes a Trump run is "more likely than not" — which appears to be the majority opinion.

"What does Trump have to lose by running?" one prominent GOP strategist said. "His business sucks. He's doing tours with Bill O'Reilly."

'He's got zero interest in having any heir': Republicans fear Trump will sabotage 2024 GOP primary youtu.be