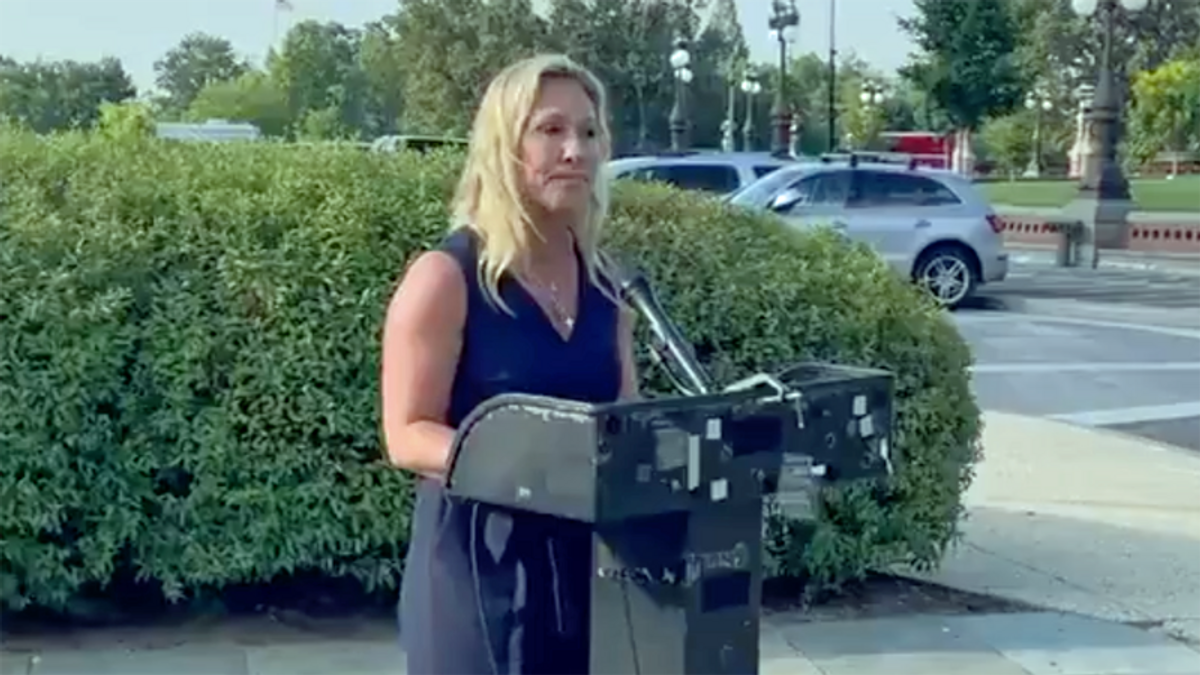 She said she was taught by her father "when you make a mistake, you should own it."

"And I have made a mistake and it's really bothered me for a couple of weeks now and so I definitely want to own it," she said. "This afternoon, I visited the Holocaust Museum. The Holocaust is — there's nothing comparable to it."

"The horrors of the holocaust are something that some people don't even believe happened," said the QAnon cultist who believes in the conspiracy theory Trump won.