WATCH: Eric Trump asks Congress to overturn the presidential election as a birthday present to him 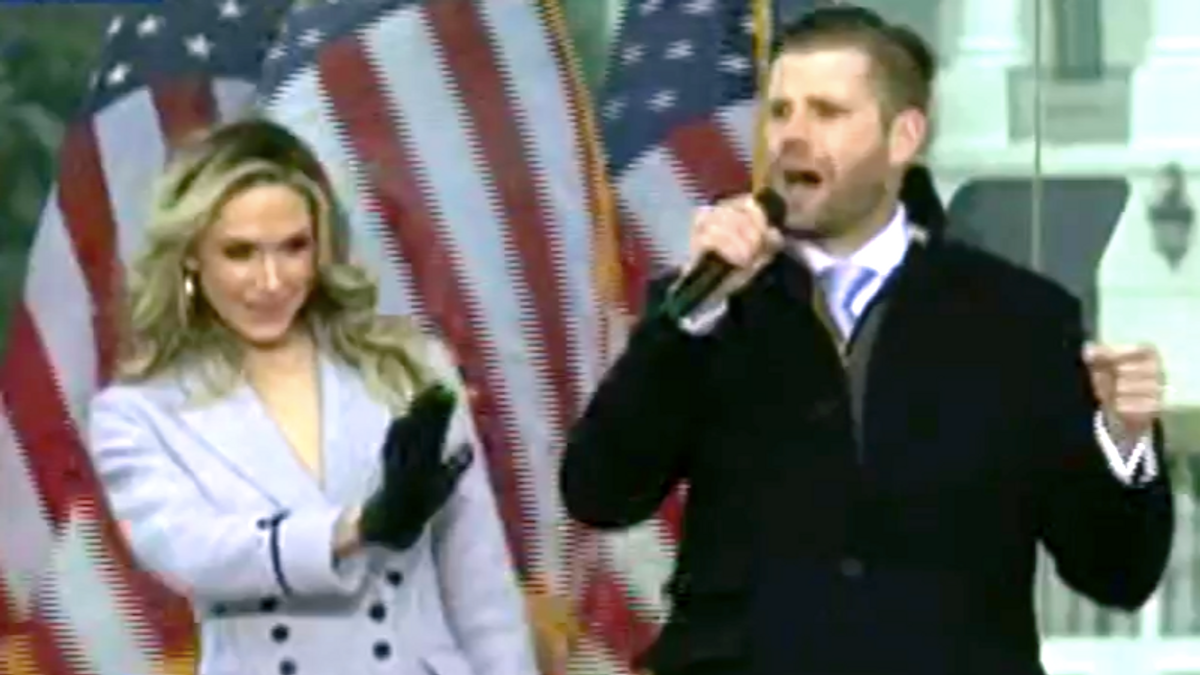 President Donald Trump's younger son asked Congress to give him a birthday present by overturning the election.

Eric Trump, who turns 37 years old on Wednesday, spoke to his father's supporters gathered outside the White House for a protest against Joe Biden's election win, which Congress is expected to certify in a joint session, and his wife Lara Trump assured the crowd the results were still uncertain.

"This fight has only just begun," she told the cheering crowd. "Let's be very, very clear about that, and Eric said it. Our family didn't get in this fight for just four years, we are in this fight to the bitter end. We are going to take our country back, okay?"

"Before we go, there's something very important that I want to make sure everybody knows today," Lara Trump added. "Today happens to be my husband's birthday. Honey, you have any birthday present you would like from the United States of America?"

Eric Trump admitted he did have a gift in mind from the nation's elected officials.

Lara Trump then led the crowd in singing "Happy Birthday" to her husband.