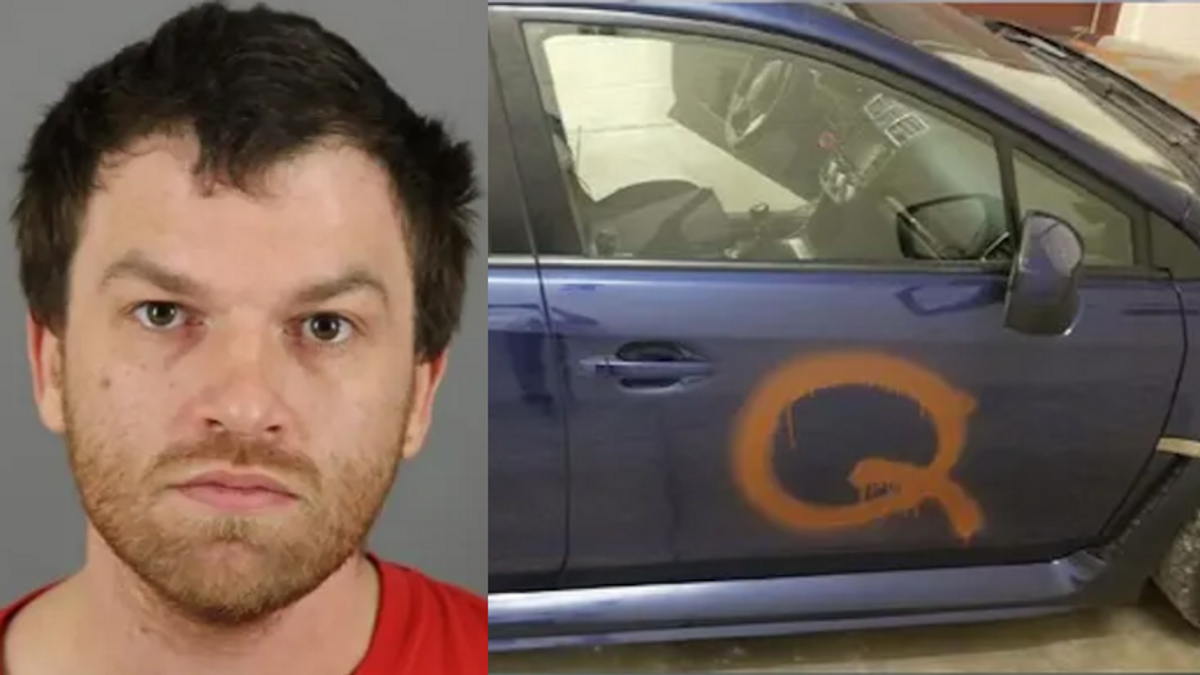 FBI terrorism agents subsequently began investigating Olson, who vowed to cause a "mass casualty" event if he was released from jail, and said he'd just returned from Washington where he "attempted to deliver a message."

The Department of Homeland Security has repeatedly warned about possible violence associated with the QAnon belief that Trump will somehow be reinstated, and numerous QAnon followers have been arrested on charges stemming from the Jan. 6 Capitol insurrection.

After Olson's arrest, authorities discovered a variety of weapons and other gear in his car and home, including a real AR-15, seven magazines of ammunition, a gas mask, throwing knives, two-way radios, military-style vest plates, and a three-page, hand-written "manifesto" with a number of comments referencing "Q" and "my plan," the local Fox affiliate reported.

In Washington, Olson had approached some National Guardsmen and announced he was "maybe going to do something crazy stupid tomorrow," asking them not to shoot him. Olson said he wanted to "test the National Guard to see if they were loyal to the people or to the president," and that he was "willing to die to fulfill this mission." He also claimed he had been "taken over by the Spirit of Christ to lead the people to unity."

Capitol police officers took Olson into custody for a psychiatric evaluation. He was hospitalized for four days and diagnosed with a "brief psychotic disorder," before being given medication and released — whereupon he returned to Wisconsin.

Olson faces a maximum sentence of two years in prison, a $10,000 fine and one year of supervised release on federal charges related to his attack on the Army Reserve center. His plea hearing is set for Aug. 18.