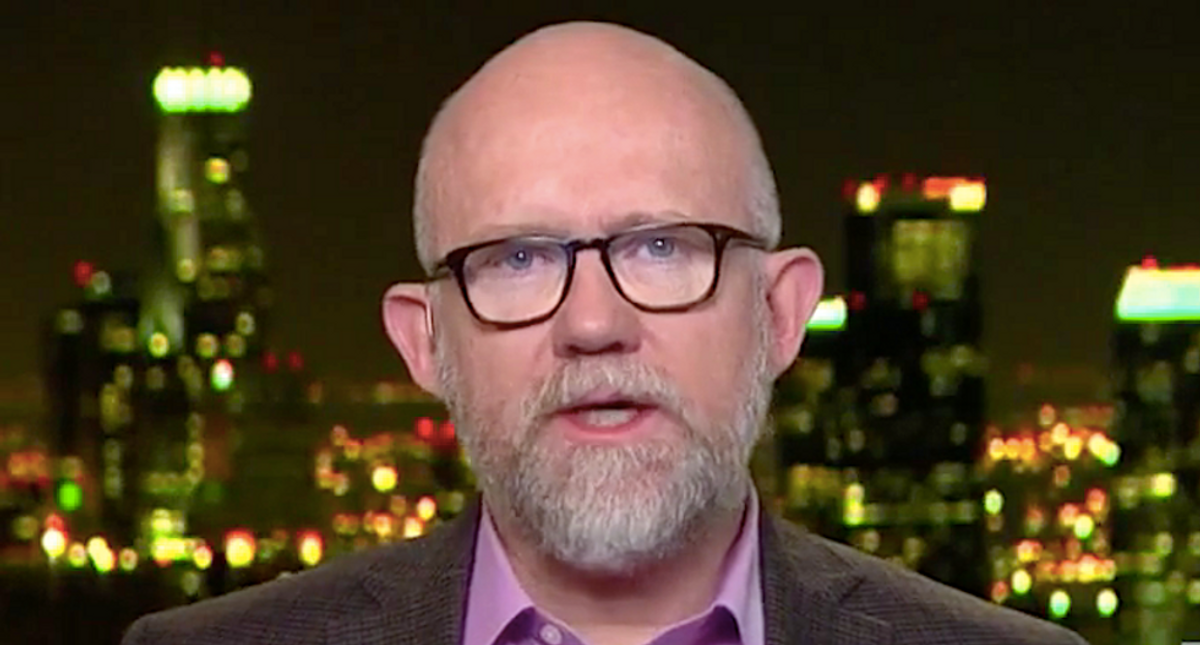 In an interview on the Meidas Touch podcast, former GOP campaign strategist Rick Wilson stated there was no doubt in his mind that -- should Republicans regain control of the House -- they will initiate impeachment proceedings against President Joe Biden and Vice President Kamala Harris as one of their first acts.

Stating he was dead serious, Wilson predicted impeachment hearings and warned Democrats to prepare for the worst including another Benghazi-style inquisition.

"They will run show-trial Benghazi hearings every day that will never end, "he explained. "They will drag the administration into a constant stream of having to defend itself in front of yahoos like [GOP Reps. Madison] Cawthorn and [Marjorie Taylor] Greene and [Paul] Gosar and Jim Jordan and [Matt] Gaetz and all of these other morons."

"They will constantly grind away at the administration's ability to do work and to do business and to get things done," he continued. "And again, they will impeach Joe Biden. They will impeach Vice President Harris. They will go after, all the brutality Republicans bring to bear, and as Stuart [Stevens] and I always joke, we've been around this for a long time, we helped build a lot of these systems, we know what they could do.

"Democrats who think they are easily going to keep the House are out of their damn minds," he added for emphasis.