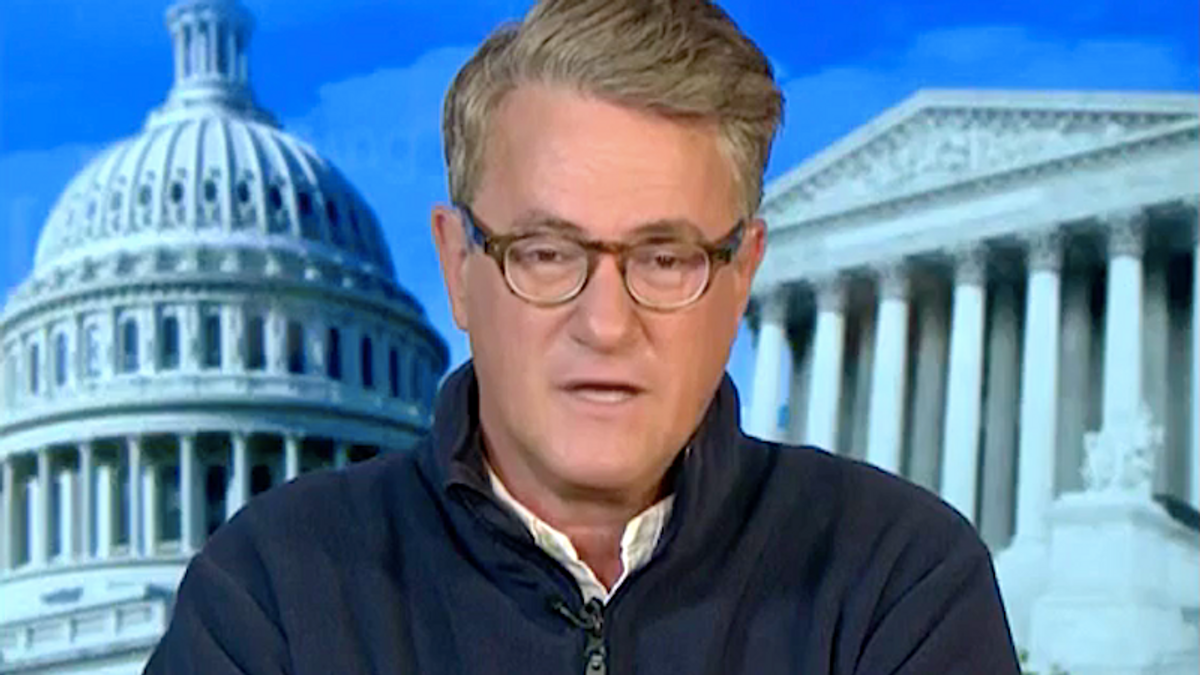 Gov. Ron DeSantis has cultivated a reputation as a more competent Donald Trump, but MSNBC's Joe Scarborough and John Heilemann wondered whether that would survive the latest Florida coronavirus surge.

The Florida governor has moved to block local governments and school boards from imposing COVID-19 precautions, and the "Morning Joe" panelists questioned the narrative comparing DeSantis to the twice-impeached one-term president.

"Is he kind of more rationale, more competent, not quite so crazy version of Donald Trump?" Heilemann said. "I think that's what he's trying to do and trying to be, and I think the question you're raising is whether is it possible that if you take a little bit -- if you take the Trump out, like being the less crazy, more competent version of Donald Trump makes you not really that Trumpy at all, and then makes you an ordinary politician again, and I think that's what DeSantis is flirting with."

But Republican voters have shown they don't want anything like a normal politician, so DeSantis may get away with risking children's lives to prove a partisan point.

"He can be Trump and get away with it because there seems to have been over the last four years an unending tolerance of that in the Republican Party and where political tricks, irrational anti-science policies, culture wars, all of the stuff that Republicans continue to give Donald Trump a wide berth on that," Heilemann said, "can DeSantis get away with that in the face of COVID and when he's not actually Donald Trump? You know, if you're right, and we're about to reach that tipping point in Florida because of the potency, the threat and damage of COVID, we're not going to learn something about the politics of COVID. We'll learn something about how transferable Donald Trump's theatrics are to non-Trump politicians, and DeSantis may be about to learn that, too."

The vitriol DeSantis is facing might actually make him more popular to a certain type of voter, Scarborough said.

"Let's see what the attention that DeSantis has gotten by doing intentionally stupid things, by doing intentionally dangerous things, by doing things that will quote, own the libs, that will get -- own the media, yeah, you know?" Scarborough said. "Everybody that Trump supporters hate are criticizing him, and when you have Hollywood actors criticizing DeSantis, when you have Stephen King criticizing DeSantis and people in the media criticizing DeSantis, I mean, that's a gold mine. Of course, he is being rewarded in a sense for doing something that endangers children, and yet, Donald Trump learned that only made people more loyal to him, and I guess the question is, you know, would Ron DeSantis rather be where he is right now or where Nikki Haley is or where any of the other 30 people who want to replace Donald Trump is -- or where Donald Trump is."

"I mean, DeSantis gets a lot more press now than Donald Trump," he added. "So maybe he considers placing children's lives in danger, maybe he considers that a big political win and he doesn't allow local school boards to take measures that would protect children in their own communities. Maybe that's a big win for him."