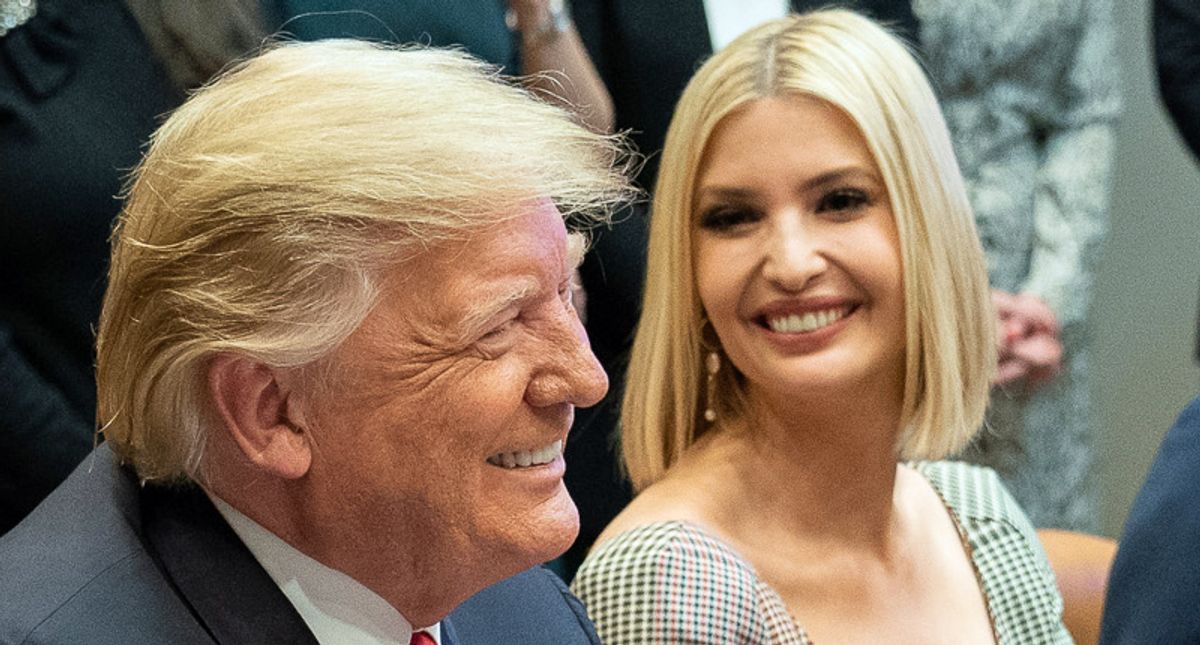 According to a report in Vanity Fair, should Donald Trump decide to run for president again in 2024, he might consider selecting his daughter Ivanka Trump as his running mate in an effort to jump-start her political career.

Ivanka recently let it be known that she is not going to attempt to run a primary campaign against Florida's Sen. Marco Rubio (R) after moving to the state instead of returning to Manhattan with her husband Jared Kushner.

With Bloomberg reporting that the former president would likely cast former Vice President Mike Pence to the side as a running mate if he makes a third run for the presidency, speculation has grown over who the president would tap as his number two.

"Trump's advisers have discussed identifying a Black or female running mate for his next run, and three of the people familiar with the matter said Pence likely won't be on the ticket. Two advisers have suggested Trump consider South Dakota Governor Kristi Noem, the people said," the report states. "Donald Trump Jr. and his girlfriend, Kimberly Guilfoyle, are hosting a fundraiser for Noem on Friday at Trump's Mar-a-Lago resort and home in Palm Beach. The former president is planning to make an appearance, people familiar with the matter said."

However, as Ed Kilgore writes at New York, the president might want to "keep it in the family," adding Trump could be "pretending to consider Ivanka, Don Jr., and 'budding politician Lara' before going with the only adult child he's ever loved, who no doubt sees herself as the obvious choice. (Ivanka and her husband, Jared Kushner, have reportedly been plotting to make her the first woman president for several years now, so presumably she'd see this as a logical stepping stone.)"

Vanity Fair's Bess Levin adds that Trump has been teasing another run for months -- including at the recently concluded CPAC -- but that his future political prospects seem to be waning.

"If he does decide to take another stab at it, he might not receive the hero's welcome he's clearly hoping for; among those polled at the Conservative Political Action Conference, just 68% said they wanted him to run for president again. That's not a great number when you're polling a group almost exclusively made up of the most fervent conservatives in the country, though reading the room has never been Trump's strong suit," she wrote.