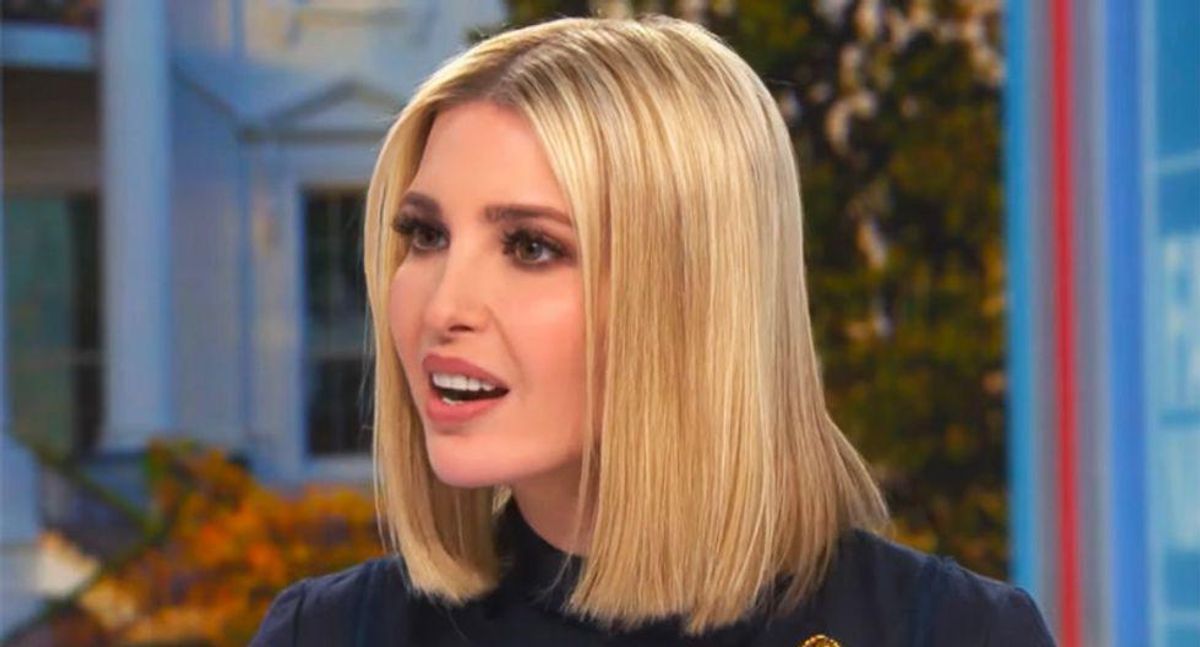 In her Saturday column for the New York Times, Maureen Dowd flayed an assortment of characters who are trying to memory-hole their participation in helping to get Donald Trump elected and then keep him in office which then ended with a Capitol insurrection.

Among the miscreants, she included first daughter Ivanka Trump who had her father's ear, did nothing to rein in his worst instincts, and then fled away to a life of luxury after she and her husband cashed in during the Trump years.

According to Dowd, "Distancing from failure or embarrassment is part of every politico's skill set. I knew a top Democrat in the Clinton era who distanced himself from his own son during a touch football game after the kid played badly," before adding, "In a raft of new books about Donald Trump and one about Facebook, there are a panoply of famous people trying to deny and exfoliate their past culpability ... As those who enabled Trump and Mark Zuckerberg to build their reality distortion fields thrash about trying to flip the script, history is being set in amber."

After focusing on Facebook's Zuckerberg and his "willful blindness" to what his social media platform was doing during the Trump years, with Dowd accusing him of blaming "....others for your mistakes, especially the unfair media. Present yourself as doing good for the world when you're doing bad," the columnist focused her eye on " those who encircled Trump" and are now trying to "distance themselves and rehab their reputation."

One subject of her ire was Ivanka Trump.

"'I Alone Can Fix It,' the buzzy new book by Washington Post writers Philip Rucker and Carol Leonnig, reports that Ivanka Trump 'had become increasingly uncomfortable with efforts to overturn the election results' and that, when her father was badgering his vice president to help in the nefarious scheme, she fretted to a national security official, 'Mike Pence is a good man,'" the columnist wrote.

Then she got to the heart of the matter.

Her lived experience is that she only went to her father's Jan. 6 'Save America Rally' to keep him on an even keel. Never mind the fact that once Daddy's mob began doing its worst, she addressed the scofflaws on Twitter as 'American patriots,'" Dowd recalled before noting that Mike Pompeo said behind the scenes, "The crazies have taken over."

"The crazies hadn't taken over. They were there all along, enabling the other crazies," she concluded.