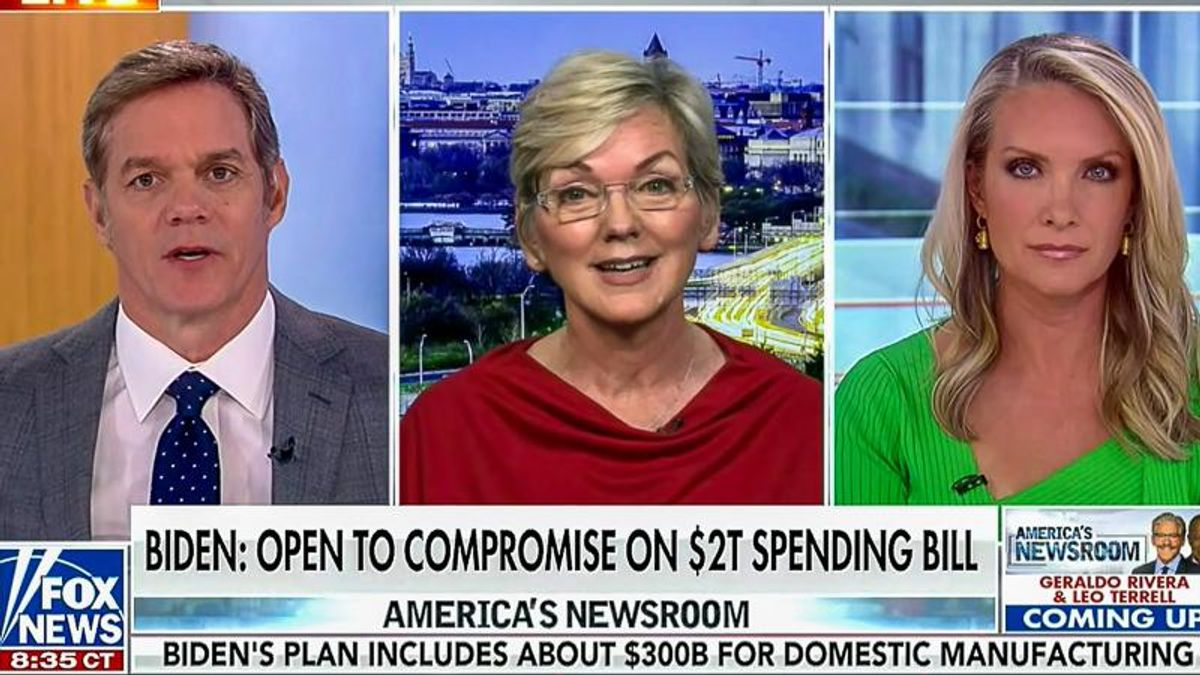 Secretary of Energy Jennifer Granholm took on two Fox News hosts who attempted to grill her on the Biden administration's infrastructure plan.

"It's a great question, Bill," Granholm said happily. "Because Congress is not in session and he hasn't had a chance to sit down face-to-face with the members of Congress, which he will do and a number of us have been doing -- at least virtually."

Granholm went on to remind Hemmer that Biden's bill is "reminiscent of a bipartisan bill that was passed in December."

"That's a great entré to the question I wanted to ask you about," co-host Dana Perino chimed in. "You had said that 'There are many more jobs in this clean energy realm than there have been in the fossil fuel industry itself.' But in terms of that supply chain, when for example you ask people to go out and find a solar job or green energy job, a lot of those jobs are in China."

"So if we try to push too much, are we giving more jobs to China than we are to our own people?" Perino wondered.

"This is the perfect question!" Granholm exclaimed. "Because this is why we need to bring manufacturing here. Why are we allowing our economic competitors to take, for example, battery manufacturing for electric vehicles and we've got to rely on supply chains elsewhere?"

"Why are we standing by the side of the road and allowing China to come in and swoop up all of the manufacturing or solar panels?" she added.

"Are you saying all of the solar panels are going to be made here?" Perino pressed.