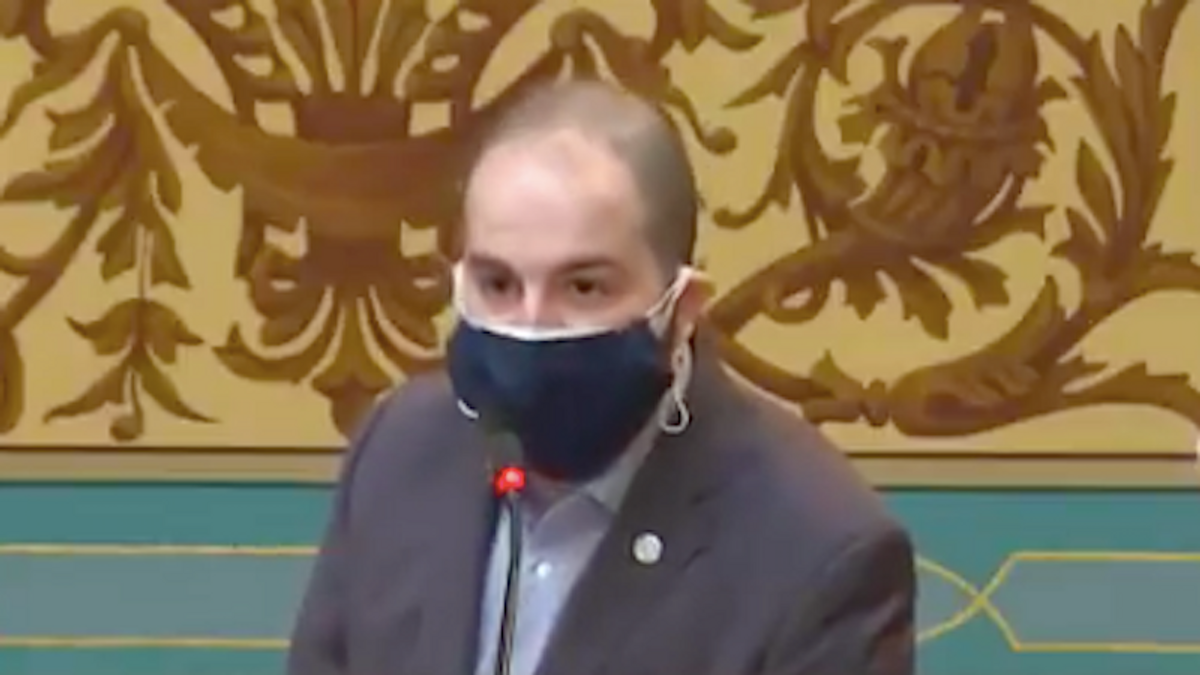 "That's patently false," Moss said. "The last several months here there has not been an attempt by the majority of this chamber to protect many of us from aggression, from domestic aggression. When you go to the gallery to pal around with gunmen during the height of an armed mob in our building and those men are later charged with a plot to overthrow this government and create mass death in this building, you are not defending the Constitution against every aggression, either foreign or domestic."

"When you invite them to your office to coach them on their messaging and help them out in delivering their goals you are not defending the Constitution against every aggression, either foreign or domestic," Moss continued. "When you sign a letter perpetuating this big lie that there was voter fraud here in the state of Michigan so pervasive that perhaps our election results were inaccurate on the eve of an actual insurrection at the U.S. Capitol, despite the fact that all 83 counties submitted their canvassing results unblemished to the state board of canvassers, despite the fact that the state board of canvassers approved of those reports, despite the fact that we've had endless oversight committee meetings in the House and Senate -- some of them a circus -- that found no credible claims that there was criminal activity in this election, and despite the fact that just yesterday the secretary of state released the results of the audit affirming so."

"When you sign that letter," Moss concluded, "you are not supporting or defending the Constitution against every aggression, either foreign or domestic -- and I'm angry about this right now. Because when people outside this building gather and threaten our lives in this chamber, especially in a way that promotes anti-Semitism and anti-Jewish talk and behaviors, there's just one bullet they need to find the Jewish senator to achieve their goals in this chamber, and I'm not protected here by the actions in this Senate by ignoring the real threats that many of us face every day on this Senate floor. So, no, I'm not supporting this resolution because the thesis of it is blatantly false."

MI GOP Senators — with nothing else to do — passed a resolution supporting the 2nd amendment because they state the Senate will defend the Constitution against “every aggression, foreign or domestic"