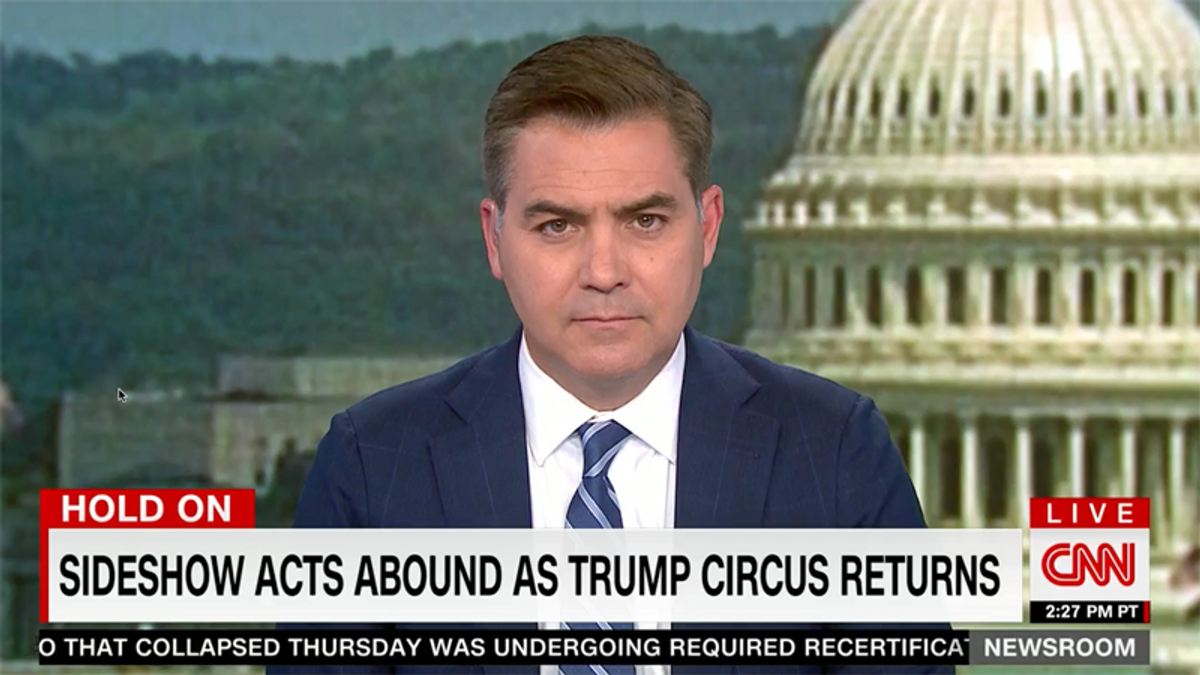 "The Trump circus is back on tour again, starting tonight in Ohio. If you check under the big top at his rally tonight, the former president is certain to roll out a clown car full of lies to the outrage of supporters," Acosta said, playing a clip of Trump refusing to concede that he decisively lost the 2020 election.

"Yes, he's been complaining about a rigged election for nearly eight months now, but each week Trump's 'Big Lie' gets smaller when compared to the chilling new body cam videos from the insurrection released by federal authorities," he explained. "And the 'Big Lie' just gets more sad when you consider Trump has bought into the insanity that he'll be reinstated in August."

Acosta noted "the same cast of characters on the far right have been warming up their latest circus side show, something called critical race theory."

"What is so threatening about Trumpism, it's not just about the big lies. It's about pitting one set of Americans against another over the election, over a critical race theory, or whatever the next unserious outrage theory comes out of Fox News or Mar-a-Lago. If we stop fighting each other and start embracing the truth, these guys over here, they're going to run out of things to talk about," Acosta said. "And maybe even run out of money too. But, hey, they could run off and join the circus. I hear they're hiring clowns."