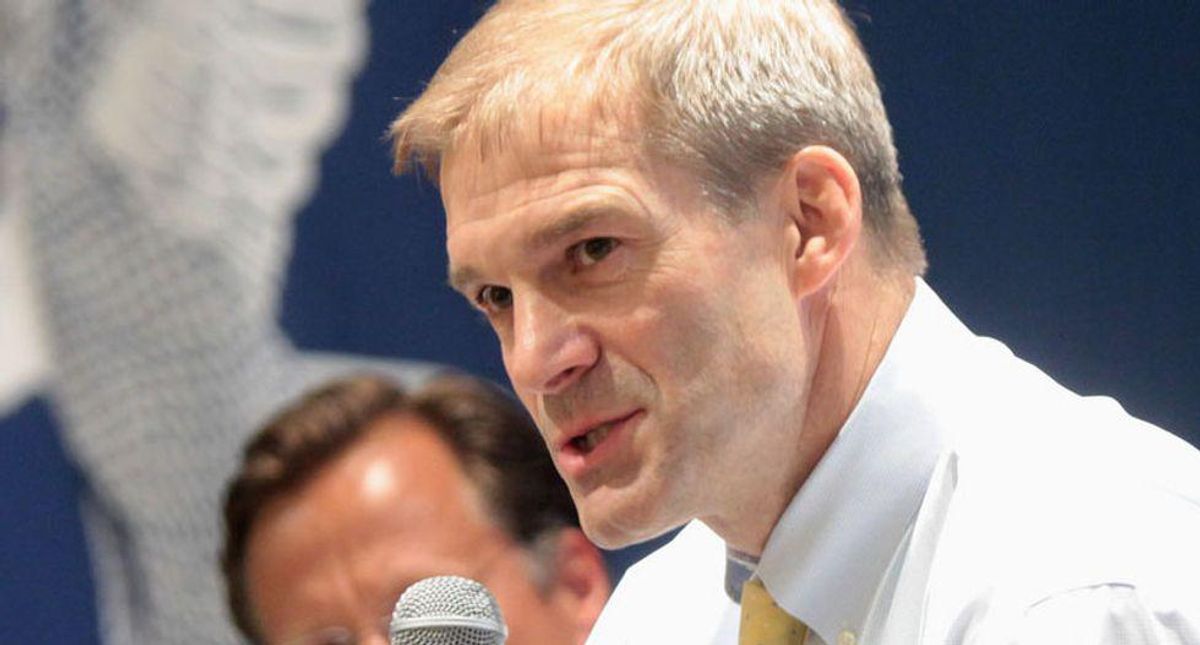 "Big tech censoring conservatives, the cancel culture mob attacking anyone who disagrees with them, deplatforming the sitting president of the United States, Democrats writing letters to the network carriers telling them to take certain news organizations off their platform," Jordan said. "Freedom is under attack and, director, a lot of Americans think you're part of the problem."

He then railed against former FBI director James Comey for a counterintelligence investigation against the Trump campaign and attacked the bureau for classifying the shooting of Rep. Steve Scalise (R-LA) and others as "suicide by cop," rather than domestic terrorism, as it has since been classified.

"Thank goodness you've changed that," Jordan said. "More recently the FBI raided the New York apartment of Rudy Giuliani, the president's personal lawyer, former U.S. Attorney, ran the Southern District of New York office. According to press accounts he said he was willing to give whatever information you wanted but you kicked in his door instead."