MSNBC's Joe Scarborough has met with attorney to discuss lawsuit against Trump: Report 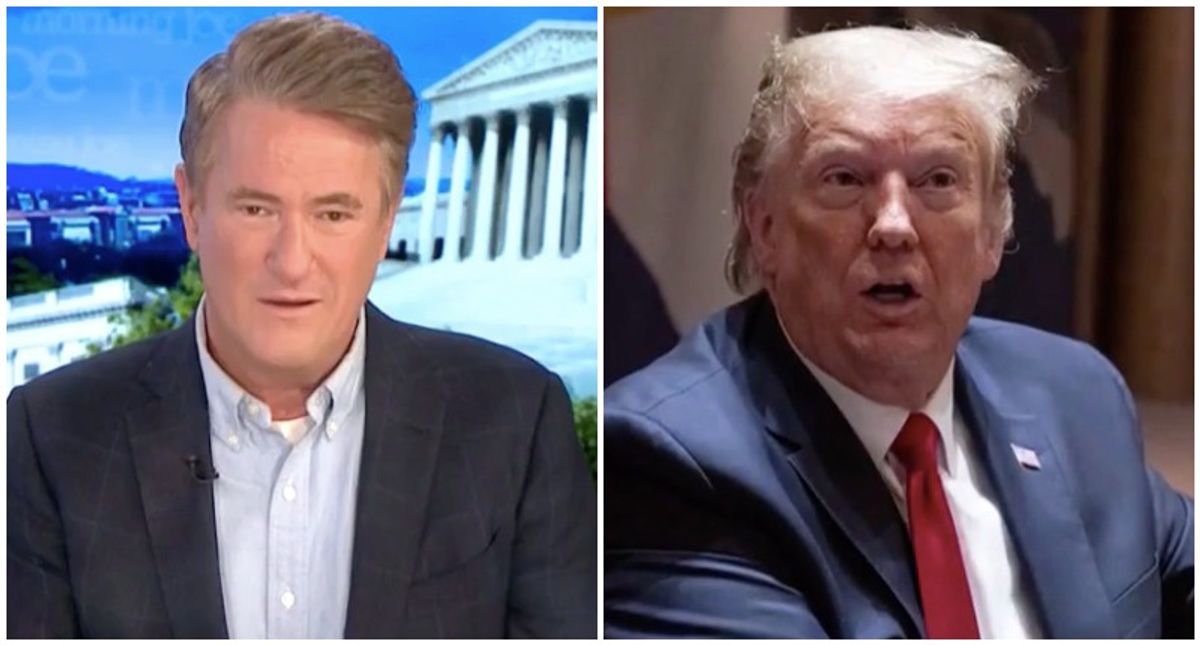 The twice-impeached one-term president has privately griped that his enemies will be "suing me for the rest of my life," according to a person who's discussed the matter with him in recent weeks, and the "Morning Joe" host could be among those plaintiffs, reported The Daily Beast.

A knowledgeable source said Scarborough has met in recent months with Washington, D.C.-area lawyer Elizabeth "Libby" Locke, of the Clare Locke firm, to discuss a suit against Trump, who repeatedly claimed -- without evidence -- that the former Florida lawmaker had been involved in the death of a former staffer decades ago in his office.

The MSNBC host has publicly mulled the possibility of a lawsuit, but the knowledgeable source said Scarborough has been privately telling associates that he's still thinking about it and may not decide for months.

Scarborough said he may not add his suit to the pile if the former president is besieged by civil complaints related to his role in the deadly Jan. 6 insurrection, the source said.

Trump all but accused Scarborough of murder in the 2001 death of Lori Klausutis, a congressional staffer who died when she suffered a heart condition that caused her to fall and fatally hit her head on a desk, and her widower asked Twitter CEO Jack Dorsey to take down those accusatory tweets.

Twitter eventually banned Trump from the platform after the U.S. Capitol riot for repeated violations of the company's terms of service.