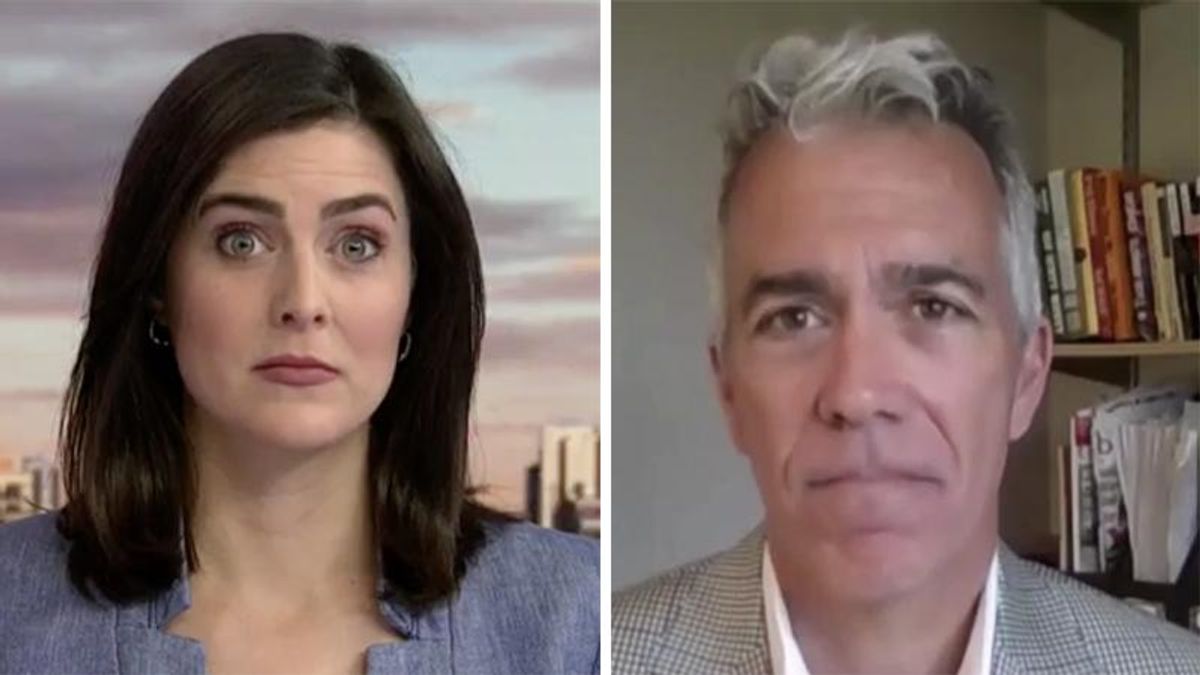 Former Illinois Republican lawmaker Joe Walsh was pulled up short on Sunday morning when he swore at Donald Trump while ranting about the former president's widely-panned speech to North Carolina Republicans on Saturday night.

Speaking with hosts Kendis Gibson and Lindsey Reiser, former House member Walsh was asked about the ex-president's heavily-promoted come-back, with the ex-lawmaker responding that Trump should be shunned because he incited an insurrection that had lawmakers fleeing the Capitol last January.

That was when he called Trump a "son-of-a-b*tch" that cause Reiser to raise her eyebrows.

"Joe, this is a family show," Reiser quickly interjected with co-host Gibson jumping in to say, "Joe, sorry, not a fan of 'Fatal Attraction' or 'Jerry Maguire,' but we'll let that go," as the abashed Walsh smiled.

The new book Peril by Robert Costa and Bob Woodward details how, in the final weeks ahead of the Jan. 6 vote to certify the election former Vice President Mike Pence consulted with Judge J. Michael Luttig, who is now speaking out about the role he played in saving American democracy.

Pence was getting pressure from President Donald Trump to refuse to certify the election results and send the vote back to GOP-run state legislatures. John Eastman, a Federalist Society figure who clerked for Justice Clarence Thomas, penned a two-page memo outlining the legal argument for overturning the election. Pence didn't take the memo as gospel and reached out to Judge Luttig.