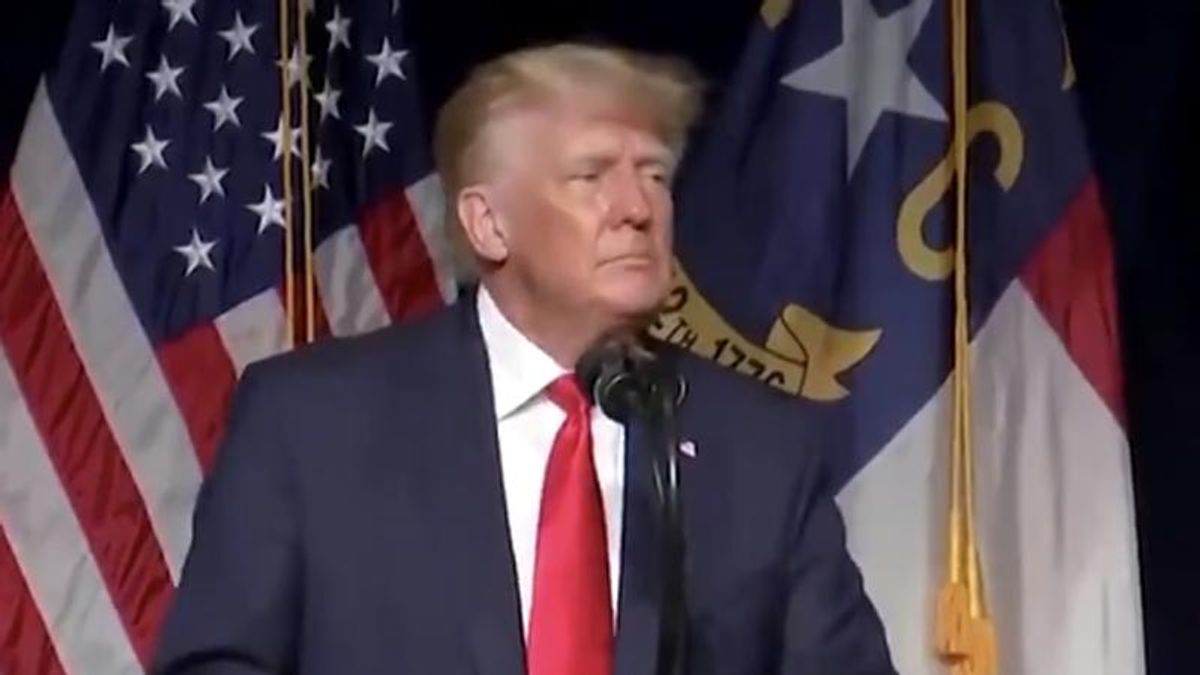 If the response by conservative Daily Beast columnist Matt Lewis to Donald Trump's speech before the party faithful in North Carolina on Saturday night is any indication, the ex-president's "coming-out" party was a boring dud that should have Republicans concerned.

While multiple critics of Trump suggested he didn't look well and slurred his words during his speech, Lewis -- who is no fan of the president -- thought the whole affair was "yawn-worthy" as Trump ran through a litany of old grievances with nothing new to throw out to his rabid fans.

Puckishly noting that Trump's arrival was preceded by the theme from "Titanic," the conservative columnist suggested the speech was also a memorable disaster.

Writing, "If this was his midterm coming-out party, he should probably go back in for a while," the Daily Beast columnist added that the ex-president was late in delivering his speech and that, "If the goal was to increase the tension in the audience, Trump promptly wasted it."

"There were some flashes of the old Trump, but the speech at the Greenville convention center lacked the excitement of some of his campaign rallies. In a mostly perfunctory performance, he ran through the usual litany of his term's 'accomplishments' (including 'ending the forever wars') and took the opportunity to air his grievances, ranging from broad ('the 2020 election hoax') to narrow (Trump once again litigating how the media made a big deal out of his slow walk down a ramp at West Point, but not Biden stumbling down the stairs of Air Force One). It was mostly yawn-worthy," Lewis wrote.

Questioning, "Has his schtick just become stale, or is he just rusty?" Lewis added, "History is riddled with comebacks gone wrong—of once-great pugilists who should have hung up the gloves but came back for one more payday and more punishment. But getting back on the rubber chicken circuit is a little different than climbing in the ring."

Lewis then suggested more speeches like the one on Saturday night could be bad news for the GOP.

"This was the first of many speeches that will precede the next time voters have a chance to cast their ballots. On Jan. 5, Trump's rally in Georgia had the effect of helping elect two Democrats and giving their party control of the U.S. Senate," he wrote before warning, "Just imagine what he can do in 2022 with this kind of head start."