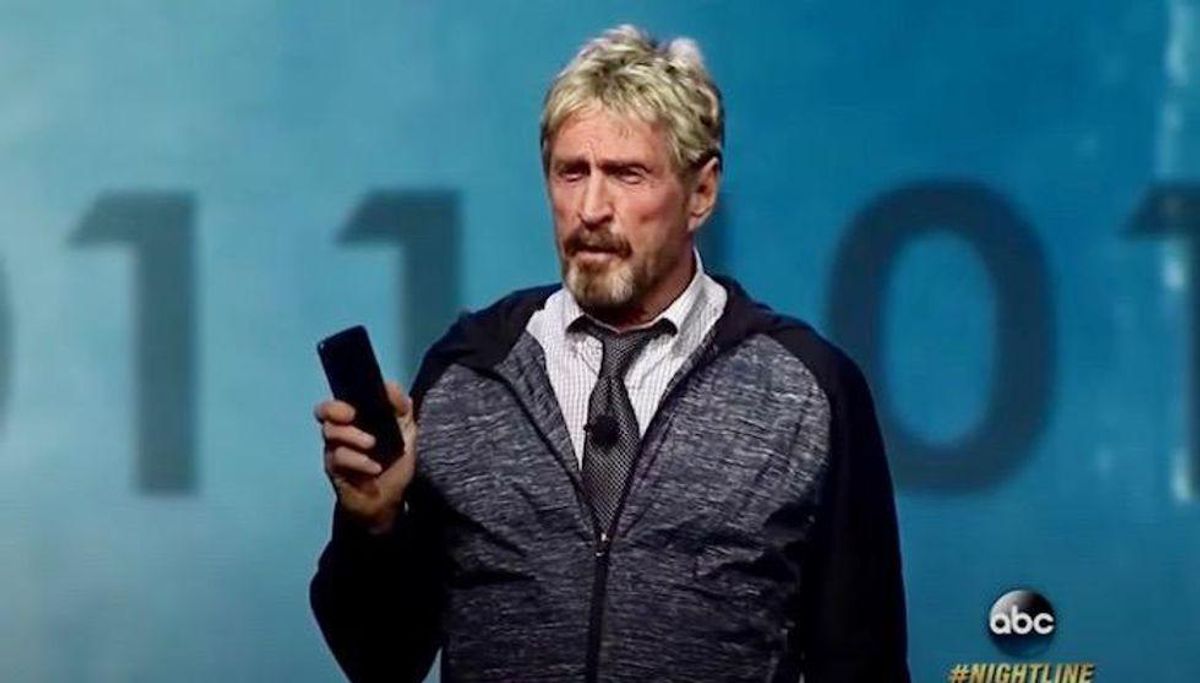 "I Would Describe Myself As Quite Sane and Lucid, Which is Why I'm Still Alive. John McAfee," posted the largest of those accounts, which has more than 125,000 subscribers.

McAfee's Instagram account, which was run by others while he was jailed and has since been taken down, sparked a frenzy in the QAnon world when it posted a large "Q" graphic shortly after his death, and three Telegram accounts emerged in the middle of this month purporting to be the late software pioneer, whose widow, lawyer and the Spanish government have all confirmed is indeed dead.

"I have been in close contact with John's widow, Janice McAfee, who identified the body some weeks ago," said his former lawyer Andrew Gordon. "There is no reason to suspect John might still be alive, and certainly not that he would be running any Telegram channels which he did not open prior to his death."

The phony accounts have attacked Gordon and posted easily obtained documents, such as McAfee's gun license, as "proof" of their identity, and their sudden popularity has angered some longer-running conspiracists on the platform.

"I usually never call out people," posted one influencer with more than 145,000 followers. "But this one here needs to be called [FAKE] [INFILTRATION]."

That account then implicated the phony McAfees in a conspiracy theory involving China, and even some of the most prominent QAnon accounts have denounced the imposters.

"The John McAfee telegram account didnt [sic] announce anything at the end of the countdown," wrote Ron Watkins, who has denied the widely held belief that he controlled the original "Q" account. "None of the alleged 31 terabytes of deadman's switch data has materialized. Now his account is posting Q-style drops and signing them as McAfee. Be careful."