‘You are an embarrassment’: Texas Republican faces furious backlash after claiming Dem’s prayer is ‘blasphemy’ 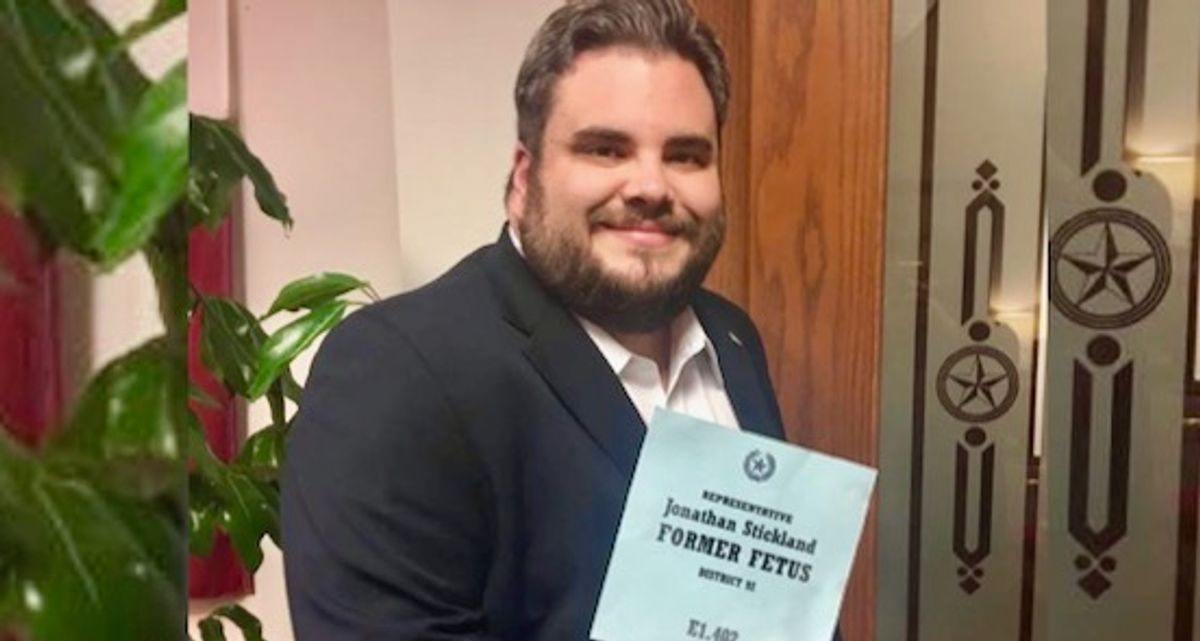 Former Texas state Rep. Jonathan Stickland (R) was scandalized when the state legislature opened the day with a prayer — apparently because the prayer was delivered by a liberal lawmaker.

"I am disgusted such blasphemy was spoken in the chamber," tweeted Stickland in response to the prayer, which was delivered by state Rep. James Talarico. "Lord for give us for turning our state over to this trash. Where are the bold followers of Jesus Christ?"

Stickland, who has previously sparked controversy for calling vaccines "sorcery" and saying that husbands are free to rape their wives, triggered yet another round of furious backlash with his remarks. Talarico was among those who responded on Twitter:

@RepStickland Strickland, you are the blasphemy & you are an embarrassment to Texas!! Bless your teeny little heart… https://t.co/LSeiUQn1qN
— Betty Buckley (@Betty Buckley)1616992851.0

@RepStickland This was a very thoughtful and inspiring, and entirely apolitical, prayer. Was it the eloquence, inte… https://t.co/reQ0xDzb03
— Gregg Smith (@Gregg Smith)1616986362.0