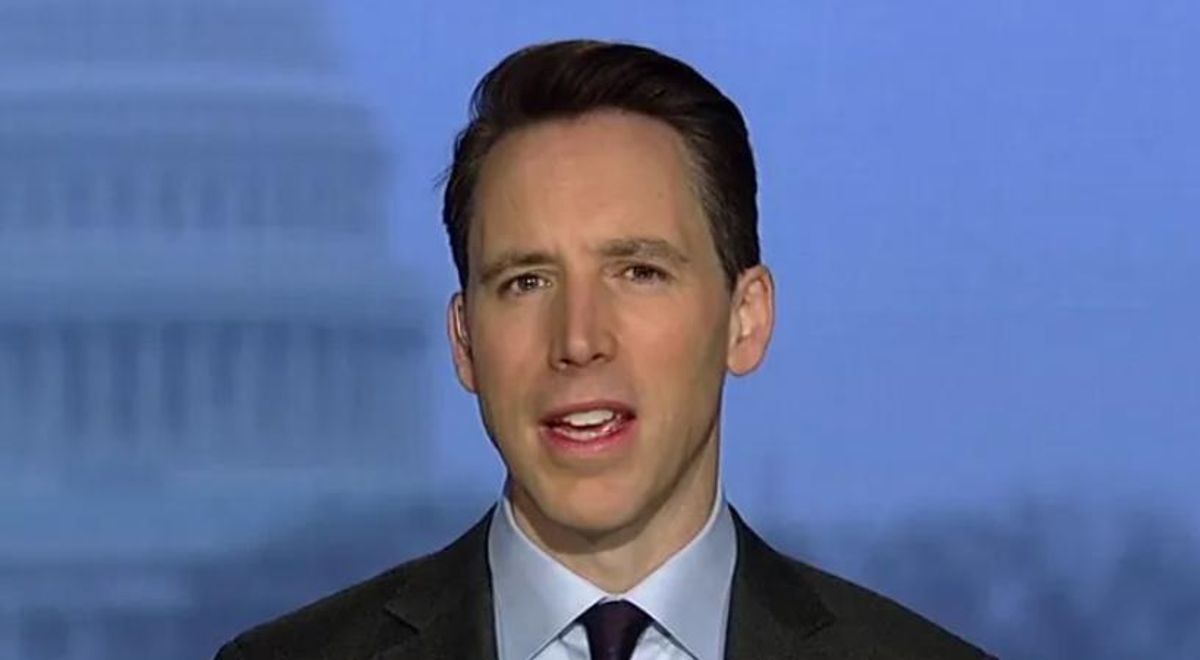 According to Hawley, he opposed the bill because, "It's too broad. As a former prosecutor, my view is it's dangerous to simply give the federal government open-ended authority to define a whole new class of federal hate crime incidents."

The editorial board wasn't buying it and fact-checked the controversial lawmaker by first pointing out that his claim he was a "prosecutor" was a bit of a stretch.

Writing, "Hawley, who had just been elected Missouri's attorney general when he started running for the U.S. Senate, is not even right about being a former prosecutor, though the AG's office does have certain prosecutorial powers," they added, "And the law does not give the government 'open-ended authority'."

"The bill, originally introduced by Democratic Sen. Mazie Hirono of Hawaii, isn't limited to hate crimes involving Asian American victims. It also includes grants to local authorities to monitor hate crimes, which is critical in preventing them," they wrote. "In short, there is nothing in the bill that is an overreach, unless you think ethnic assaults and murders are acceptable. That's why 94 U.S. senators approved the legislation Thursday, in a rare show of bipartisanship. Except, of course, for Missouri's Hawley."

The editors -- who have previously called for Hawley's ouster over his attempts do halt the certification of the 2020 election -- claimed the Republican is only in it for the publicity with a belief he can become Donald Trump's heir apparent.

"His unquenchable thirst for Fox News appearances and fundraising cash continues to make this country unsafe, whether it's from a gang of rioters pushing through the Capitol's windows or from some lone gunman feverishly surfing the internet for anti-Semitic, or anti-Asian, or anti-Black, or anti-American messages," they accused before adding, "There is too much bloodshed in this nation. Given a chance to help slow it down, Sen. Hawley demurred, then headed for another camera."

Adding that Hawley can be ousted by voters until his seat comes up in 2024, the paper concluded by providing a link to readers where they could express their displeasure with their U.S. senator.