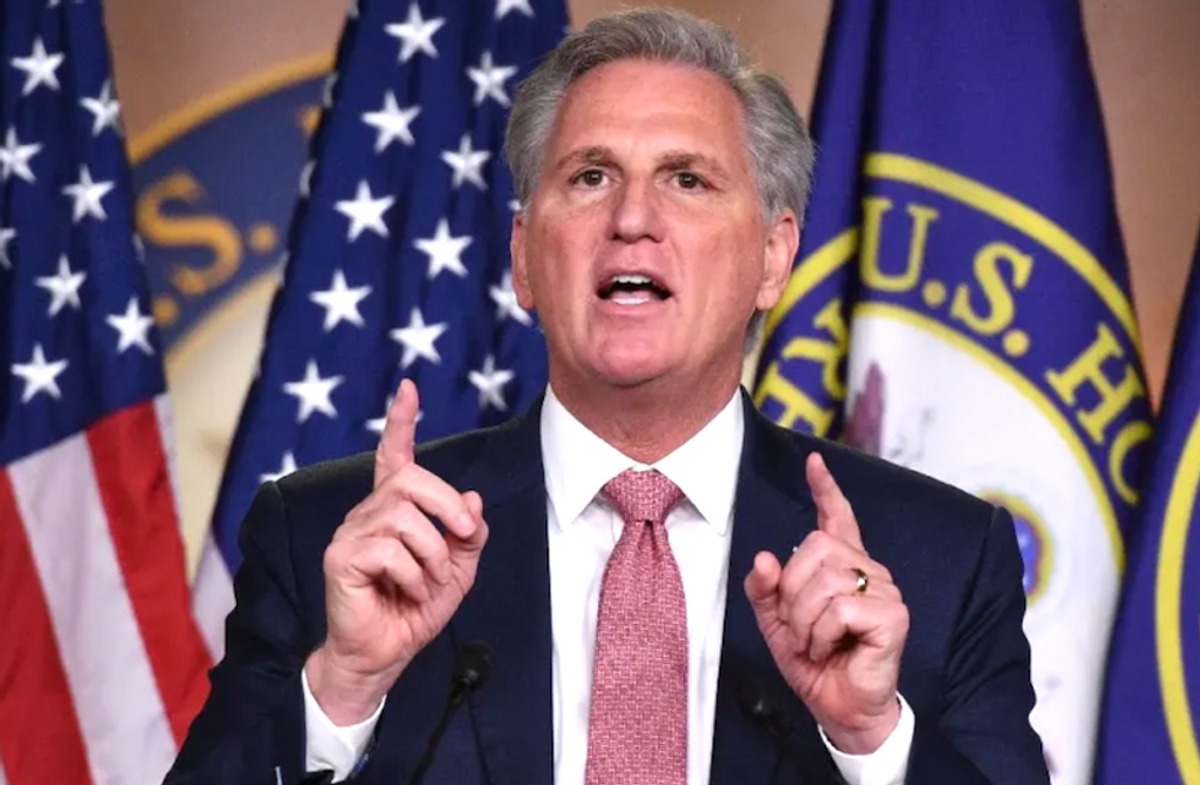 According to a report from CNN, House Minority Leader Kevin McCarthy (R-CA) was slapped down in a statement from the House select committee investigating the Jan 6th insurrection, after telling a local news outlet that former president Donald Trump has already been cleared of inciting the riot that sent lawmakers fleeing for their lives.

In an interview with KGET earlier this week, McCarthy suggested Trump is in the clear, before adding, "The FBI has investigated this. The Senate had bipartisan committees come back. And you know what they've found -- that there's no involvement. But this is purely political in how Nancy Pelosi has handled this."

"(McCarthy) has suggested, based on an anonymous report, that the Department of Justice has concluded that Donald Trump did not cause, incite, or provoke the violence on January 6th," the statement read. "When this anonymous report was first published, the Select Committee queried the Executive Branch agencies and congressional committees involved in the investigation. We've received answers and briefings from the relevant entities, and it's been made clear to us that reports of such a conclusion are baseless."

McCarthy's comments come at a time when he is also being investigated over his phone calls with Trump as the riot raged around him.