Any lingering doubt about House speaker Kevin McCarthy's support for Donald Trump should be laid to rest by his latest fundraising email.

The newly elected House speaker sent out a fundraising pitch with a photo of himself standing shoulder to shoulder with the twice-impeached former president, who had lent his backing in a bruising leadership fight within the Republican caucus at the start of the 118th Congress earlier this month.

"Speaker McCarthy sent you a critical briefing on his plan to FIGHT for YOU," the email reads. "It's critical that you see this, but PARAMOUNT that the Democrats do NOT. Access Kevin's unredacted message here before your custom link expires!"

The email then pledges the Republican standard commitments to reining in the IRS, securing the border, fund the police, "unleash American energy, secure elections, curb inflation and spending, pass a parents bill of rights and hold President Joe Biden accountable.

IN OTHER NEWS: Trump attorney: Republican 'party of cowards' appoints judges who 'are also cowards'

"As speaker of the House, I'm humbly asking you to stand with me and House Republicans in our mission to save this great mission," reads McCarthy's fundraising pitch, accompanied by a ticking clock and more standard boilerplate language.

But the speaker's email makes clear whom he considers the leader of the Republican Party. 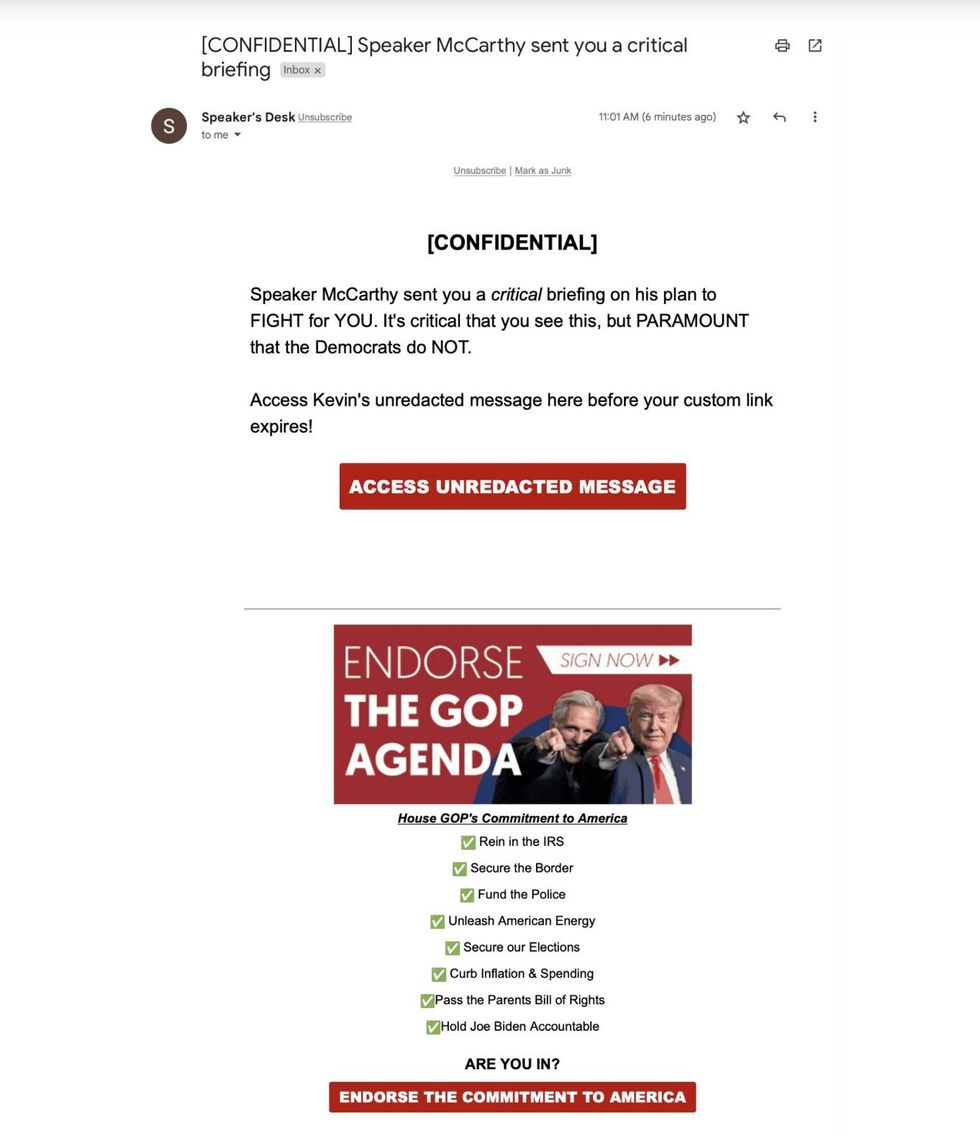