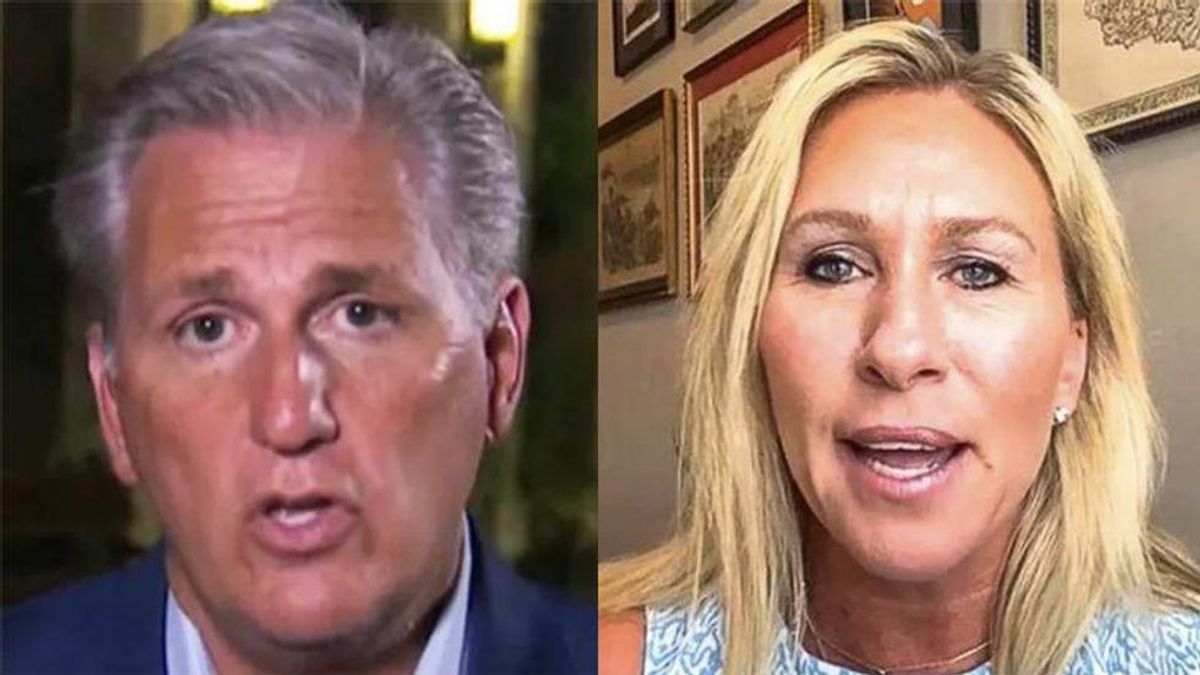 On Friday, Citizens for Responsibility and Ethics in Washington (CREW) announced they had filed a complaint against House Minority Leader Kevin McCarthy (R-CA) and Rep. Marjorie Taylor Greene (R-GA) for threatening telecommunications companies not to comply with subpoenas for phone records from members of Congress close to the January 6 Capitol attack.

"House rules require members to uphold the laws of the United States and to conduct themselves at all times in a manner that reflects creditably on the House," said CREW in a statement. "The threats of McCarthy and Greene do neither. Threatening retaliation for complying with legally valid document demands and preservation requests appears to violate 18 U.S.C. § 1505, which prohibits obstructing congressional investigations, and does not reflect creditably on the House."

After the subpoena threat was first reported, McCarthy proclaimed that any release of these records to the Select Committee investigating the riot would be a "violation of federal law" — without specifying what law would be violated — and warned that "a Republican majority will not forget." Greene took it one step further and said on Tucker Carlson's Fox News show that telecom companies that comply could be shut down by Congress under Republicans.

Subsequent reporting indicated that McCarthy himself is one of the lawmakers whose phone records the committee is seeking, leading some former prosecutors to raise the possibility McCarthy could be charged with a crime under the Victim and Witness Protection Act.