Kevin McCarthy loses it during angry House floor speech: 'They want to dictate where I can look!'

At one point, a Democrat in the chamber appeared to interrupt McCarthy and ask him to direct his remarks to the chair, rather than to other members of the House.

"I can look anywhere I want, Mr. Speaker," McCarthy said.

A few Democrats appeared to respond to McCarthy, but it's difficult to make out what they said in a C-SPAN video.

"Mr. Speaker, I cannot believe the amount of control one-party rule wants!" McCarthy railed in response, fumbling his words. "They now want to dictate to a member of the floor of where I can look. Are you afraid of the basis of the information in the bill? Sir, I'm gladly to look at you, Mr. Speaker. There's a difference between addressing and looking. I know one-party rule wants to control every element of our lives."

McCarthy: I can look anywhere I want Mr. Speaker… THEY NOW WANT TO DICTATE WHERE I CAN LOOK!!! pic.twitter.com/Jyg3mAJrt9
— Acyn (@Acyn) November 19, 2021 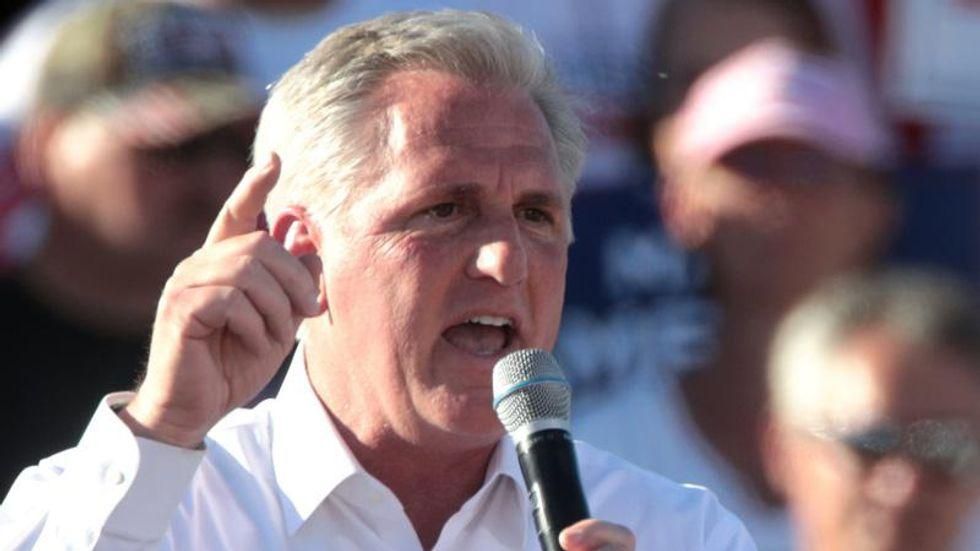