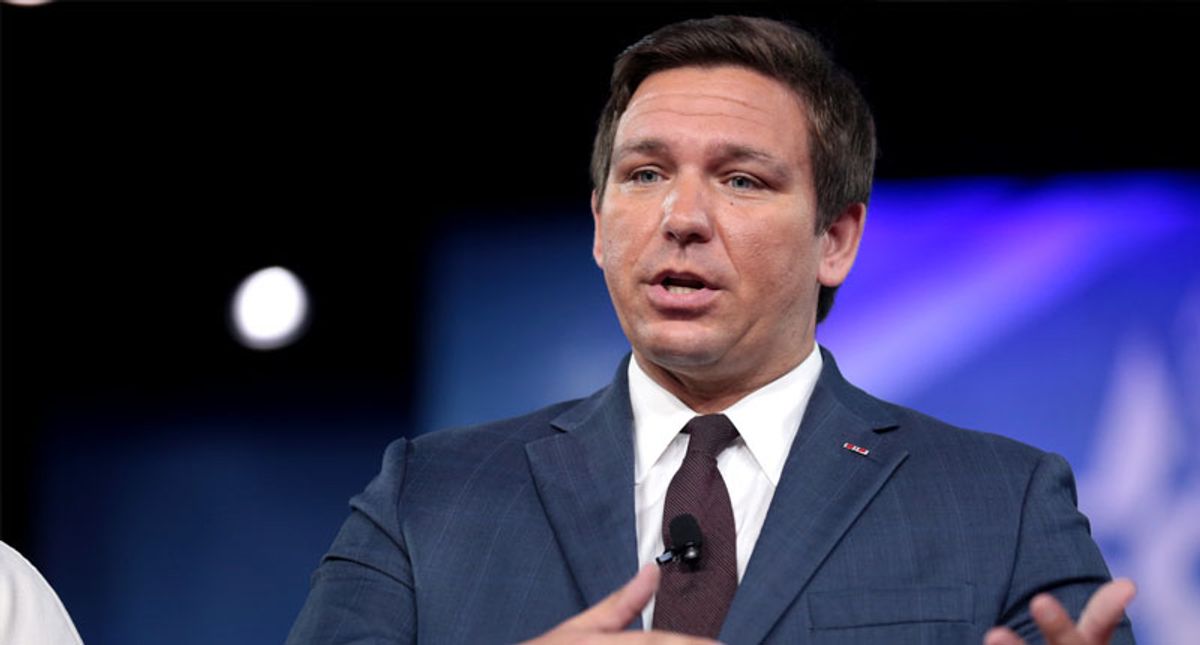 A Florida man claimed permission from Gov. Ron DeSantis to go without a mask before punching a fast-food restaurant worker.

Neshad Potts refused the employee's request to wear a mask while inside a Dairy Queen on Sunday afternoon in Key West, and the worker said the 24-year-old customer claimed the Republican governor had ended mask mandates, reported FLKeysNews.

"He freaked out and said, 'DeSantis said we don't have to wear masks,'" said the worker, Eli Paez, who was working behind the takeout window. "I said, 'Sir, it's a privately owned business. If you want ice cream, just put a mask on.'"

The confrontation grew even more bizarre when, according to Paez, the customer passed gas on him before punching him in the face.

"He farted on me and I was, like, nobody's ever done that to me," Paez said. "That is the most disgusting and childish thing. He looked at me and smacked the hat off my head."

Paez told the belligerent customer he wasn't afraid, and he said Potts verbally abused him.

Then Potts punched Paez in the mouth, according to the employee.

"I didn't even see it coming," Paez said. "I fell backwards. I have a huge lump on the back of my head."

Paez was treated for a head injury and says he still has short-term memory problems, and Potts was arrested on a felony battery charge.

The Monroe County Commission rescinded its mask ordinance May 5 after the governor issued an order invalidating local coronavirus mandates, but local businesses may still require customers and employees to wear them.