Kimberly Guilfoyle bragged to Trump donors she dressed up as a 'sexy cheerleader' for 'naughty boy' Don Jr: report 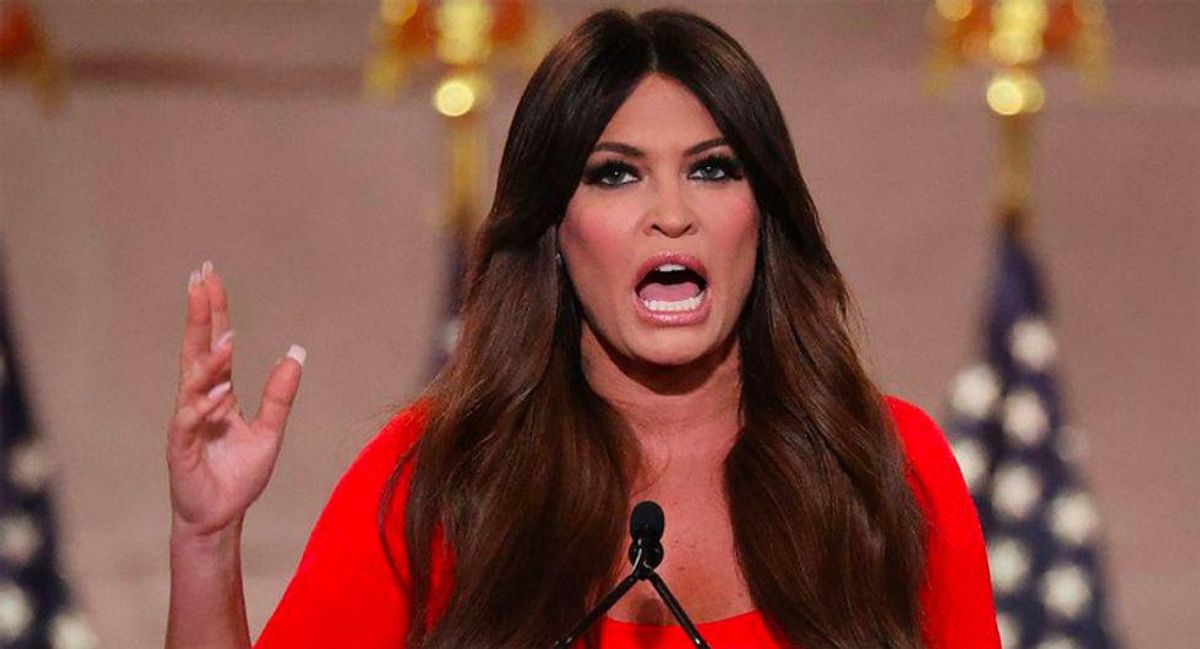 According to a report from The Mercury News, former Fox News personality -- and current girlfriend of Don Trump Jr. -- bragged to potential donors to Donald Trump's 2020 presidential campaign that she occasionally entertained her soul mate by dressing up as a "sexy cheerleader."

A Dallas Cowboy "sexy cheerleader" to be specific.

According to a new book by Michael Bender of the Wall Street Journal, "Frankly, We Did Win This Election: The Inside Story of How Trump Lost,' as reported by the Daily Mail, Guilfoyle -- who was let go by Fox over sexual harassment allegations -- "enjoyed giving donors 'an unwanted glimpse' into her personal life with Donald Trump Jr., saying that the president's oldest son liked her to dress up as a sexy cheerleader."

The report adds that the former wife of California Governor Gavin Newsom, also confided, "how she called her boyfriend a 'naughty boy' when she 'let him out of his cage."

Previous reporting from Politico noted that Guilfoyle, who was part of the Trump 2020 finance team, had offered to give a lapdance to whichever donor made the largest contribution to the campaign at a gathering of donors.

Politico reported that senior Trump campaign officials, "...had been getting reports that Guilfoyle had been berating her staff. Appearing together at fundraisers, Guilfoyle and her boyfriend, Donald Trump Jr., would banter in sexually suggestive ways that made some donors uncomfortable."

The report went on to note, "During an event in Jackson Hole, Wyoming last year, Guilfoyle and Trump Jr. joked about how she raised money in hot tubs."

You can read more here