Trump's Ukraine negotiator appears to have lied under oath during the first impeachment trial: report 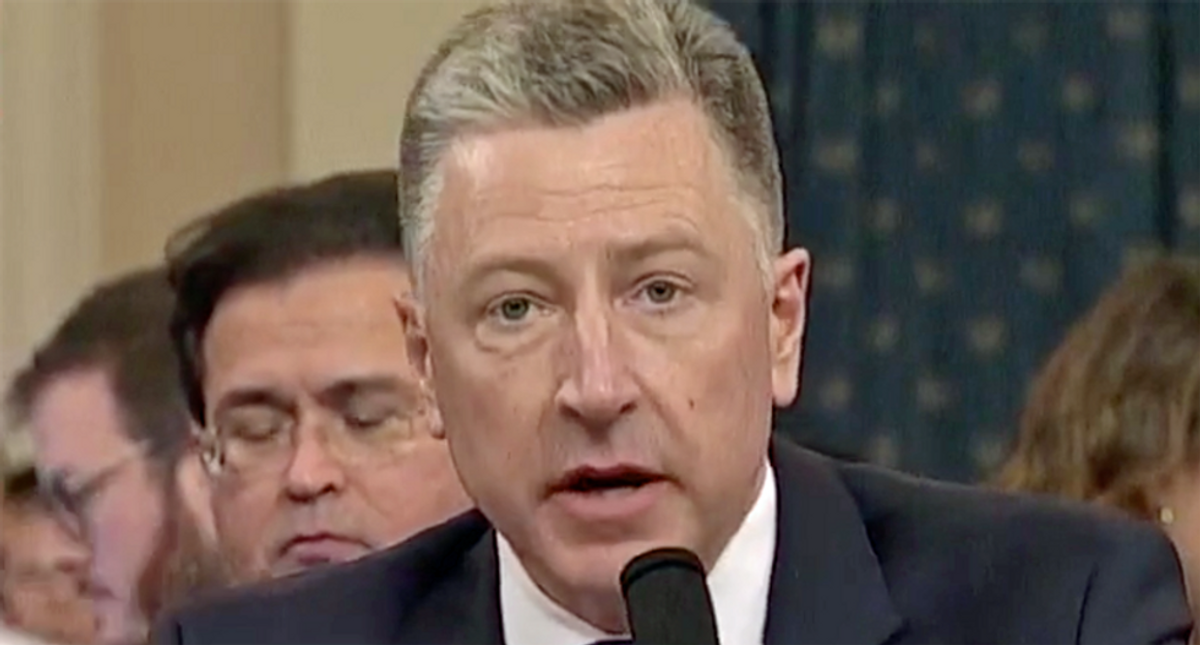 Kurt Volker, President Donald Trump's Special Representative for Ukraine Negotiations, appears to have lied under oath when testifying for the first impeachment trial of the former president, reported Mother Jones on Thursday.

When he testified in the trial, Volker said he didn't know that the president wanted Ukraine to look into unfounded allegations against then former Vice President Joe Biden.

This week, CNN released recordings of Trump's attorney Rudy Giuliani and Volker speaking to a top Ukrainian aide to President Volodymyr Zelensky. The recording revealed Giuliani pressing Ukraine to announce the investigation against Biden and claim that Ukraine was behind the 2016 election hack, even though it was ruled by the global intelligence community that Russia was responsible.

Volker was on the call, making it clear that he was well aware of what Giuliani and Trump were working to do.

"Vice President Biden was never a topic of discussion," Volker said during an October 3, 2019 deposition to the House Intelligence Committee. He then said the same thing when the committee questioned him publicly.

"At no time was I aware of or knowingly took part in an effort to urge Ukraine to investigate former Vice President Biden. As you know from the extensive real-time documentation I have provided, Vice President Biden was not a topic of our discussions," he told Congress.

House Intelligence Committee Chairman Adam Schiff (D-CA.) told Mother Jones that he too noticed the differences in what Volker said and what the Giuliani call revealed. He said that Volker's testimony to Congress was "a disingenuous revision of history."

"Volker claimed in sworn testimony during Trump's impeachment proceedings that, even as he helped push Ukraine to look into Burisma and corruption, he did not know that those topics related to Joe Biden—and, consequently, he was unaware that he was assisting in the Giuliani-Trump effort to smear a political rival," said the report.

While Volker is no longer serving in government, Mother Jones pointed out that he's still a top member of the "foreign policy establishment," he is part of the BGR Group's international advisory team. He also serves as a "distinguished fellow" for the Elliott School of International Affairs in the school of international relations, foreign policy, and international development of the George Washington University.

Volker was picked to do the same work being done by then-U.S. Ambassador Marie Yovanovitch. Trump was captured in a recording saying he wanted to "take her out." Trump ultimately fired her and attempted to destroy her, but she testified to Congress everything she witnessed, ultimately making one of the top witnesses in the impeachment trial.