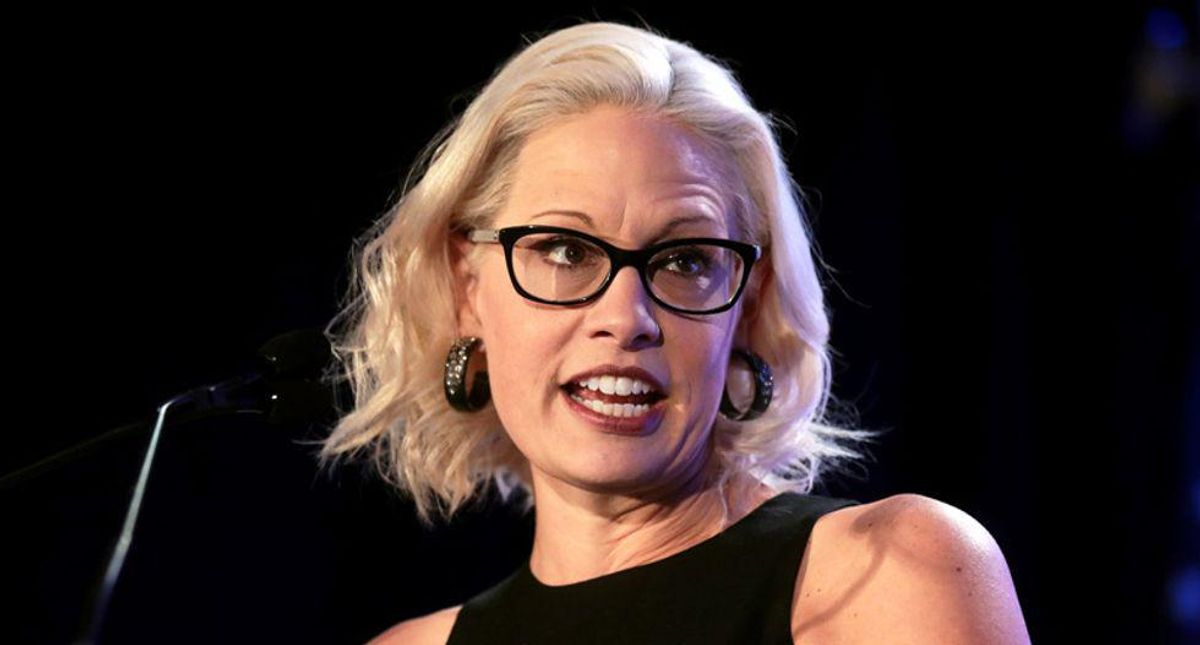 In one of the ads from Just Democracy, a coalition of advocacy groups run by progressive Black and brown organizers, a Navy veteran tells Sinema, "You don't have the political courage to do what's right for Arizona!"

In another, a Phoenix pastor named Reginald Walton says to Sinema from the pews, "Since going to Congress, you've become the problem."

"Instead of getting things done, your defense of the filibuster is causing more gridlock," Walton says.

"Beyond voting rights and the filibuster, the attacks also capitalize on a pair of high-profile moments where Sinema broke with many liberals or just straight-up angered them," the Daily Beast reports. "One ad makes use of the footage of Sinema giving a now-viral thumbs-down to legislation raising the federal minimum wage to $15 in February. Another ad highlights her absence from a vote to create an independent commission to investigate the Jan. 6 attack on the Capitol."

It marks Just Democracy's second ad campaign in as many months targeting Sinema, after a $1.5 million spend in June. And polls show the ads may be working, with Sinema's approval rating dropping from 41 percent to 34 percent from May to July, while her disapproval rating rose from 27 percent to 31 percent.

Watch an ad from the previous campaign below, and read the full story here.