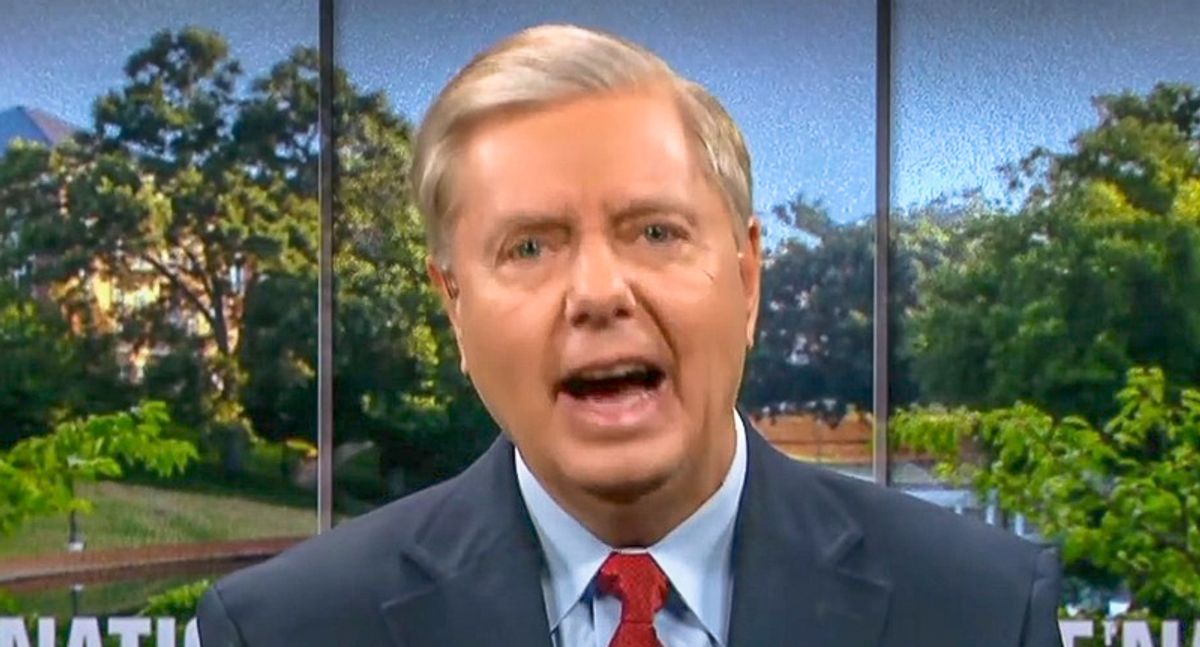 "On the wall, he said, 'It is time for President Trump to use emergency powers to fund the construction of the border wall,'" Berman pointed out. "It's time to grab power!"

Berman then recounted how Graham personally called Georgia Secretary of State Brad Raffensperger to lobby him to overturn the results of the 2020 presidential election in that state, which the CNN host commented seems like a far bigger power grab than anything Democrats are currently proposing.

In fact, Berman showed that Graham is still courting former President Donald Trump's favor even though Trump is still lying about the results of the election.

"It's almost like Lindsey Graham is saying, 'Thank you, sir, may you grab another,'" Berman joked.