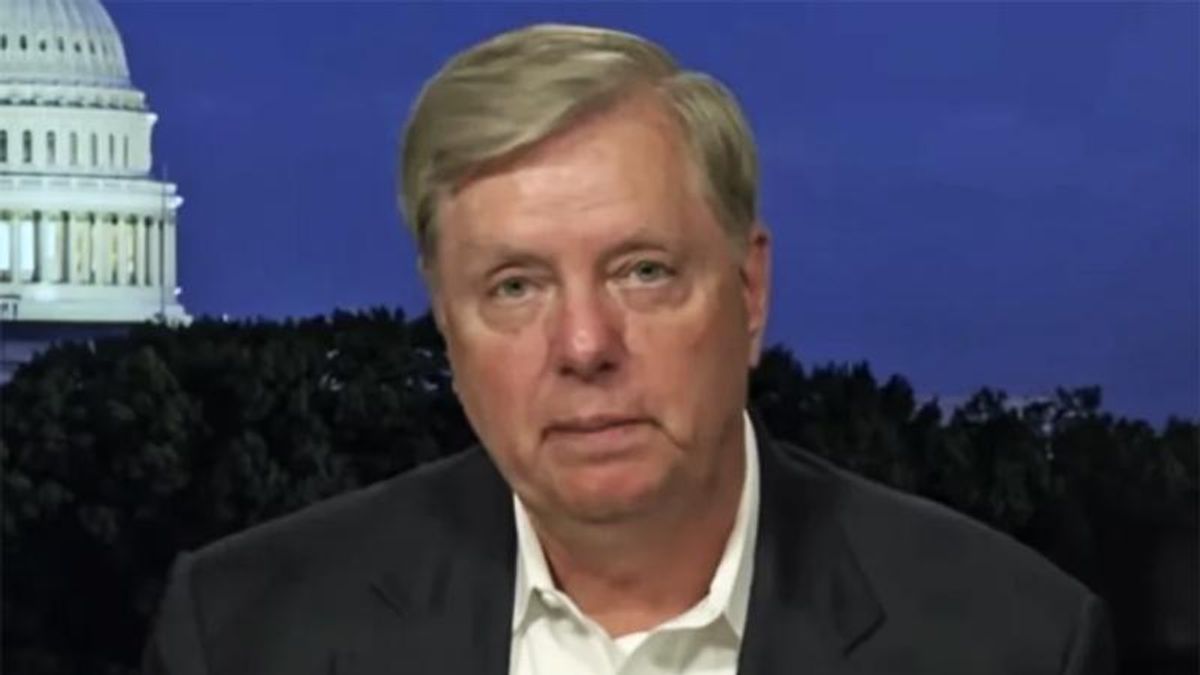 In a fact-checking column for CNN, analyst Daniel Dale took Sen. Lindsey Graham (R-SC) to task for lying about a proposal from Democrats on redistricting saying that, even if the conservative wasn't deliberately presenting misinformation, his comments were "highly misleading at best."

At issue are remarks made by Graham at a meeting with religious conservatives last week where he warned that Democrats are trying to seize control of redistricting from the states and move it to Washington where they can wield undue control.

As Graham explained at the Faith & Freedom conference, "There's a provision in (the bill) that would take away from states the ability to draw congressional lines, and give it to an independent commission created in Washington. That means that when people move to South Carolina, Florida and Texas, and we get new congressmen and women because people are moving and the population shifts, that Republican state houses can't draw those lines, but some Democratic-appointed commission. That would be the end of redistricting as we know it."

Citing experts, Dale explained that Graham had it all wrong.

"The Democratic bill would require states to create their own independent commissions to draw district boundaries, but those commissions would not be created in Washington, located in Washington or run from Washington," Dale wrote. "It's also false to claim that the commissions would be 'Democratic-appointed.' Rather, each state government -- aside from a small number of states the bill would allow to keep their current redistricting systems -- would be required to select or create a nonpartisan state agency to come up with a short list of applicants for their new 15-member commission. Then the 15 members of the commission -- five Republican members, five Democratic members, and five members unaffiliated with either party -- would be chosen through a combination of random selection and cross-partisan consensus."

Dale went on to add, "If you're being very generous to Graham, you could argue that when he said that the bill would give redistricting power to an independent commission 'created in Washington,' he meant that it was legislation passed in Washington that required each state to create a commission. But Graham's wording would be highly misleading at best even in this reading -- fostering the inaccurate impression that the commissions would be federal entities rather than entities created by the states themselves."

The analyst went on to explain that Graham would have been accurate if he just admitted that the proposal did indeed come out of Washington but there that is where it stopped regarding control, outside of the Department of Justice having to review their plans to see if they meet the standards contained in the in the Voting Rights Act of 1965 -- but Grahm sidestepped that information.