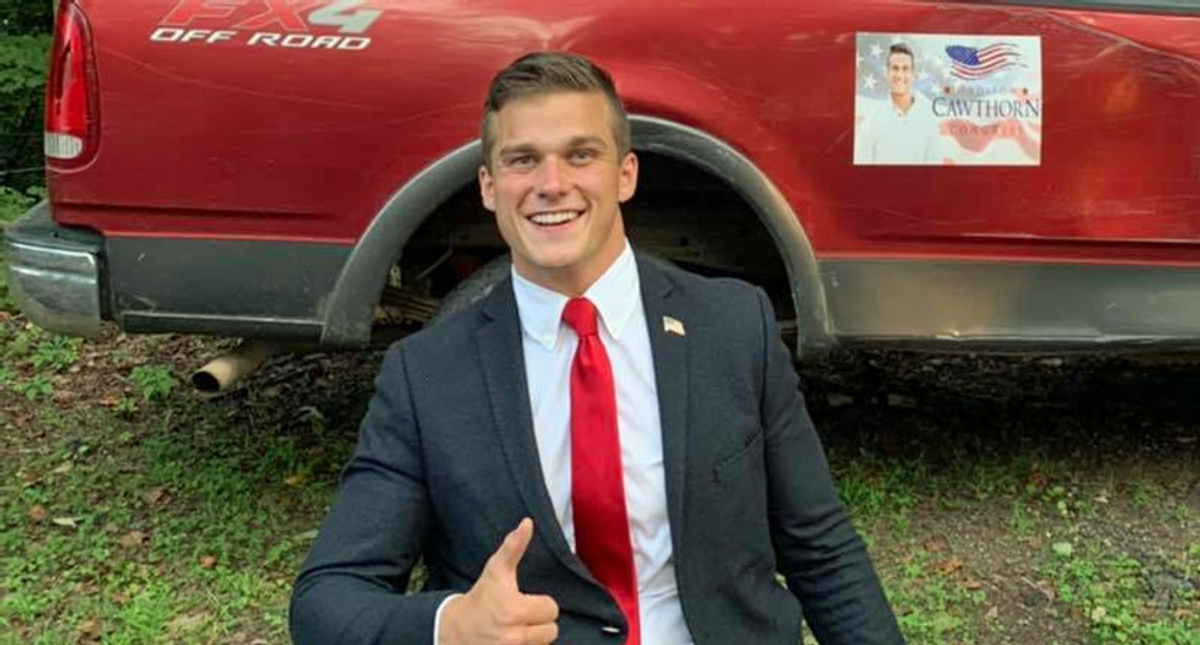 Rep. Madison Cawthorn's (R-NC) own local news station blew up the lie that the congressman cared about funding being delivered to his district.

It was only a few weeks ago that Speaker Nancy Pelosi (D-CA) mocked Republicans with a little saying: "vote no and take the dough." According to Pelosi, she anticipated Republicans, who unanimously against the COVID-19 stimulus bill, would promote the bill for bringing much-needed money to their districts.

That was the case of Sen. Roger Wicker (R-MS), who celebrated funding for restaurant workers when he voted against the stimulus.

Raw Story reported Cawthorn's hypocrisy Tuesday when the North Carolina Republican tweeted about how proud he was about funding for community health. He voted against the bill that provided it, something his local news ABC13 called out during the nightly news.