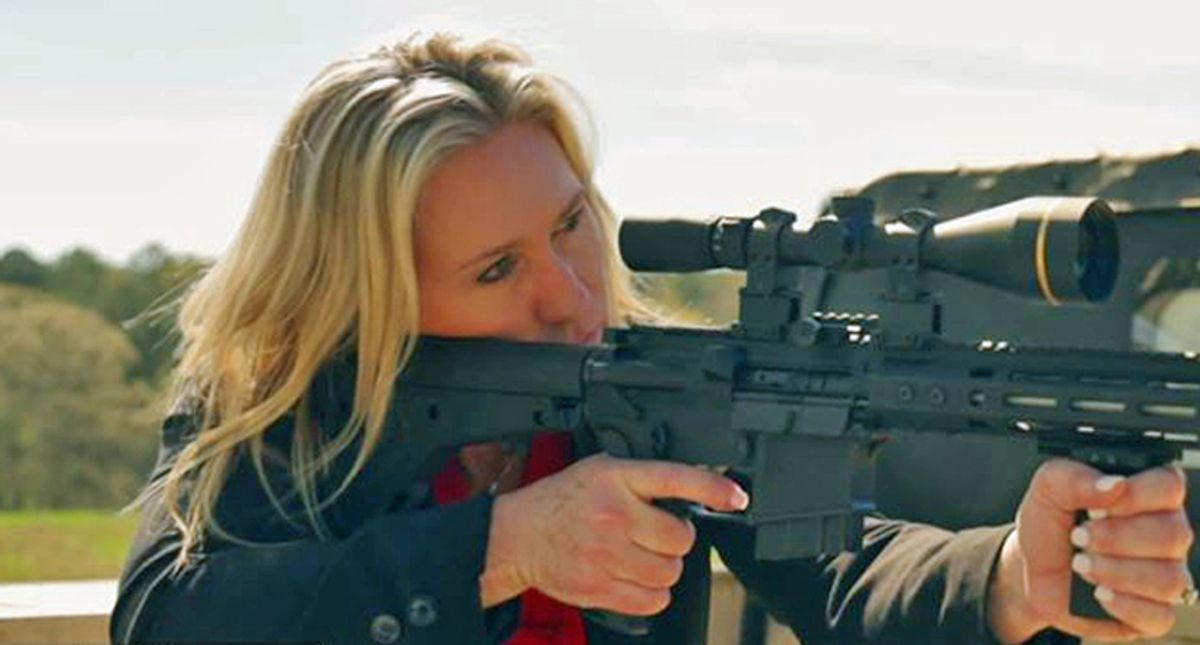 In an interview with the Daily Beast, a Florida Democratic lawmaker explained that her concerns over the invasion of the U.S. Capitol by right-wing extremists have led her to author a bill that will bar QAnon followers from receiving security clearances.

Following reports that multiple rioters have military or law enforcement backgrounds, Rep. Stephanie Murphy (D-FL) -- who previously served in the Pentagon -- stepped up out of fears that followers of the movement based on outrageous conspiracy theories could work within the government to undermine it.

In an interview with the Beast, she stated, "What we discovered was that there was a shocking number of people involved in that insurrection who seemingly live normal lives, working in government and law enforcement and the military. It's really dangerous for individuals who hold these types of views to receive a security clearance and access to classified information… if any Americans participated in the Capitol attack, or if they subscribe to these dangerous anti-government views of QAnon, then they have no business being entrusted with our nation's secrets."

According to the report, Murphy -- who has previously worked across the aisle with Republicans -- is hoping they will support the bill.

"The legislation, titled the Security Clearance Improvement Act of 2021, requires applicants looking to obtain or renew their federal security clearances to disclose if they participated in the Jan. 6 rally in Washington—or another 'Stop the Steal' event—or if they 'knowingly engaged in activities conducted by an organization or movement that spreads conspiracy theories and false information about the U.S. government,'" the reports states, adding that the question would be added to the current questionnaire known as Standard Form 86.

According to the report, Murphy is well-aware that her legislation could impact newly-elected Republican Rep. Marjorie Talor Greene of Georgia who has been quite vocal about spouting several QAnon conspiracy theories.

"It is not lost on her that she is proposing this legislation when at least one colleague, Rep. Marjorie Taylor Greene (R-GA), was elected while having professed support for QAnon. Other Republicans have reportedly been linked to the organizers of the Jan. 6 rally," the report states.

"It's a privilege that's afforded to us through our position," she explained "But I think this privilege should have its limits. And I certainly hope that this starts a conversation about holding accountable those members of Congress who share these extreme views and potentially, barring them from accessing classified information, especially if they have previously participated in efforts to overthrow the government, or have been motivated by their belief in these conspiracies to harm the United States or any of our elected officials."