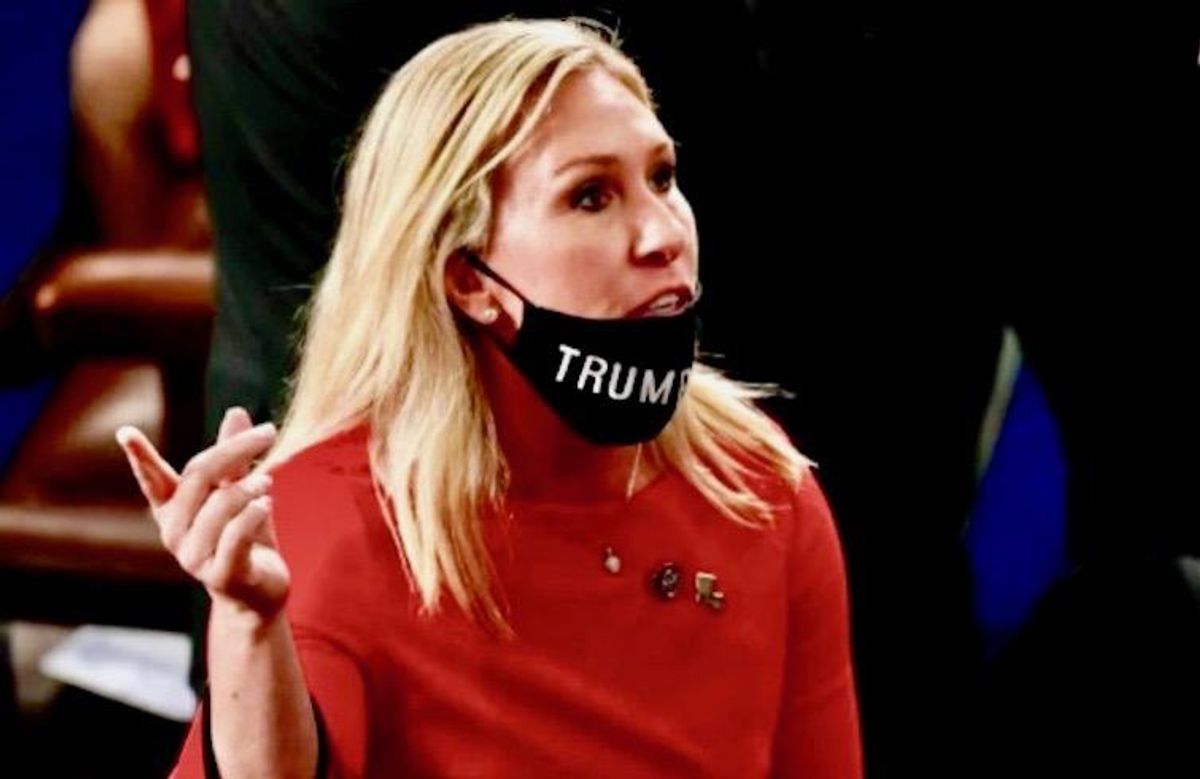 "A dozen Democrats are already planning to run in Greene's district in 2022, the Atlanta outlet 11 Alive reported, but in this ultraconservative corner of Georgia, the best bet of removing Greene from office will most likely come from within her party, local leaders said," reported Ashley Collman. "'The next Republican primary is going to be a bloodbath,' David Boyle, the Democratic Party chair of Walker County, told Insider. 'The middle-of-the-road traditional Republicans are tired of all of this craziness. They're going to put out strong candidates.'"

"Greene had an advantage in that she initially ran for another Georgia congressional district and started fundraising months before Rep. Tom Graves, the incumbent for the 14th, announced he was retiring in December 2019," said the report. "So when she switched races to the 14th, she wasn't starting from scratch like the eight other candidates in the Republican primary. She used that cash advantage to buy ad time around the district and become a well-known name." Ultimately, the GOP did little to intervene in the primary, and she beat her main opponent, neurosurgeon Dr. John Cowan.

The next time is likely to be different, as Greene has generated months of constant negative press for advocating prominent Democrats be executed, and spouting conspiracy theories about QAnon and Jewish space lasers. The House ultimately voted to strip Greene of her committee assignments.

Democrats reportedly plan to recruit a serious challenger if Greene is not removed in the primary — something rarely attempted in this heavily conservative district.

"Tom McMahan, the Democratic Party chair in Dade County, said he thought a significant number of Republicans would switch sides if Greene were the Republican nominee in 2022," said the report. "He said the Democrats would need about a third of Republicans in the district to switch sides to pull off an upset, something he considered 'possible.' That is, if she even manages to keep her seat until 2022, McMahan said."