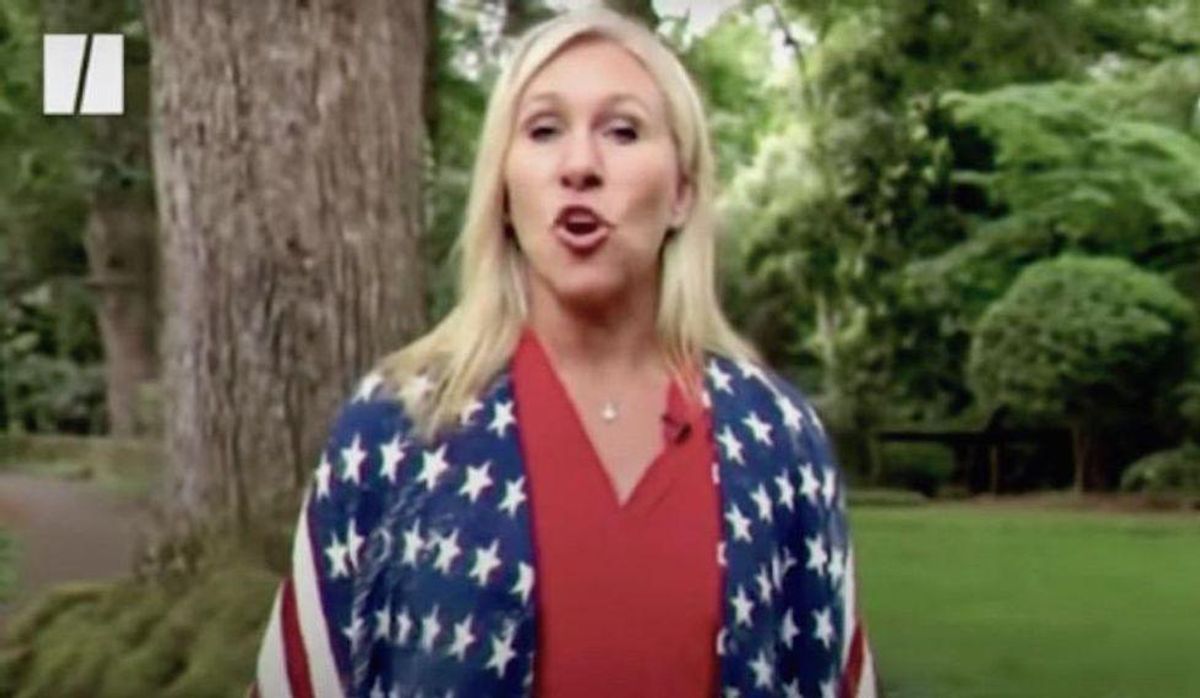 Last week, Greene and Rep. Matt Gaetz (R-FL) were forced to move a rally multiple times after failing to find a venue in the longtime GOP stronghold of Orange County.

Now that Greene has announced she will be traveling to Colorado for the El Paso County Republican Party's Lincoln Day fundraiser, she was greeted in a hard-hitting column in the Denver Post by Ian Silverii.

"If you're not familiar with 'MTG,' she's the deplorable Holocaust trivializer, 'big lie' enthusiast, anti-Muslim racist elected to Congress in 2020. And, thanks to Colorado's Lauren Boebert, Greene is also known as the 'other' QAnon conspiracy theory promoter in the House Republican caucus," Silverii wrote.

Silverii noted some local Republicans are distancing themselves from the event headlined by the controversial first-term congresswoman.

"El Paso County Commissioner Holly Williams told Newsline's Faith Miller that 'she is not a speaker I am interested in hearing.' Even State GOP Chair Kristi Burton Brown who hails from El Paso County claimed in a recent interview that she was just too busy to make it to the event next week," Silverii explained.

But Greene was invited anyway.

"Greene has made statements and taken actions that have provoked denunciation from other Republicans, so perhaps El Paso County Republicans just need to see some examples of what it looks like to stand up to one of the vilest human beings to ever walk the halls of Congress," Silverii wrote. "Maybe they just haven't heard the things she's said and done that have led to her removal from legislative committees, drawn rebuke from a wide range of GOP organizations and individuals including the Republican Jewish Coalition, and even timidly from U.S. House Minority Leader Kevin McCarthy (R-CA) himself.

The columnist went on to list some of Greene's most shocking scandals, including her lecturing of Parkland shooting survivor David Hogg, likening coronavirus restrictions to the Nazi Holocaust, support for executing Democrats and racist statements.

"So I must ask, is there nothing that would disqualify someone from headlining the annual GOP fundraising dinner in Colorado Springs?" Silverii wondered. "As more Colorado Republicans publicly distance themselves from Greene, we might also ask: How does Greene's invitation even happen in the first place? Many Colorado Republican officials apparently don't exactly approve of Greene's pending appearance — at least not enough to be seen with her — but enough people in the El Paso GOP believe that this is what their party wants to see."

The splint in the Colorado GOP could harm the party in the 2022 midterms, when Lauren Boebert will face re-election for the first time.

"That Colorado Republicans seem to be conflicted on this question is an ominous sign for their 2022 election hopes," Silverii warned.