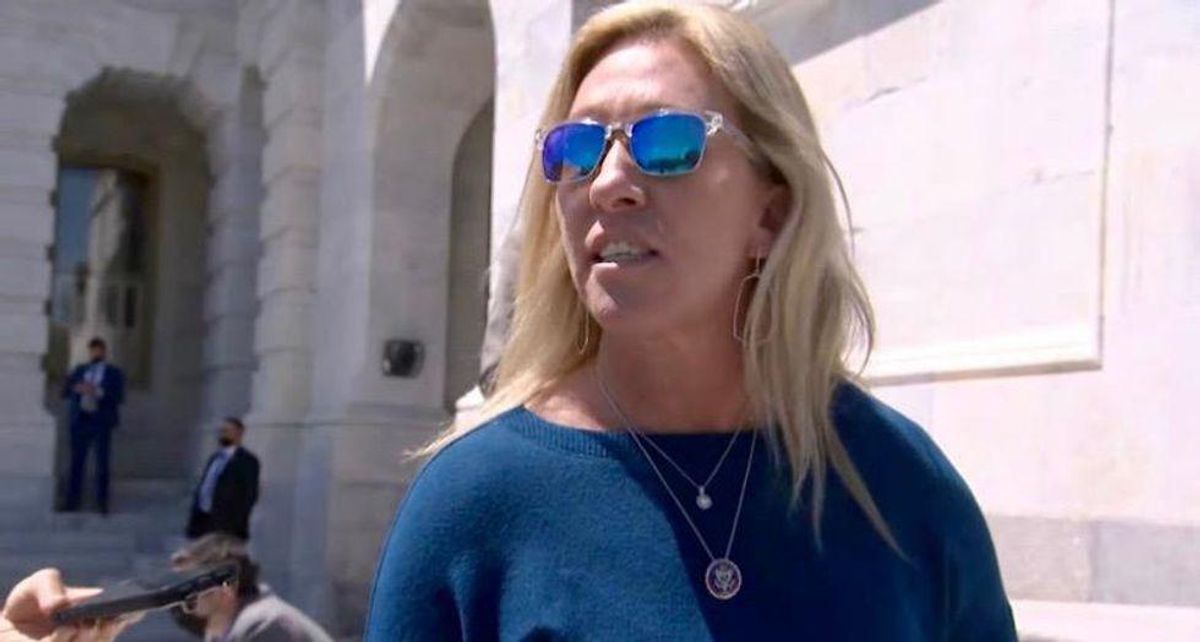 "Well, I think we're all safe when we go to work," the California Democrat began. "I think Marjorie Taylor Greene is a trainwreck and she continues to want to create theater and she throws a little temper tantrum if they don't want to play with her."

"I think Congresswoman Alexandria Ocasio-Cortez didn't want to play, and so that somehow made Marjorie Taylor Greene's day not complete because she didn't get the headline she wanted that she was then going to use to fundraise off of," she continued. "I mean it is a sick, sick situation when people will take action just to be able to use that little vignette to be able to raise money on it -- and that's what Marjorie Taylor Greene is doing. She has nothing else to do in Congress."